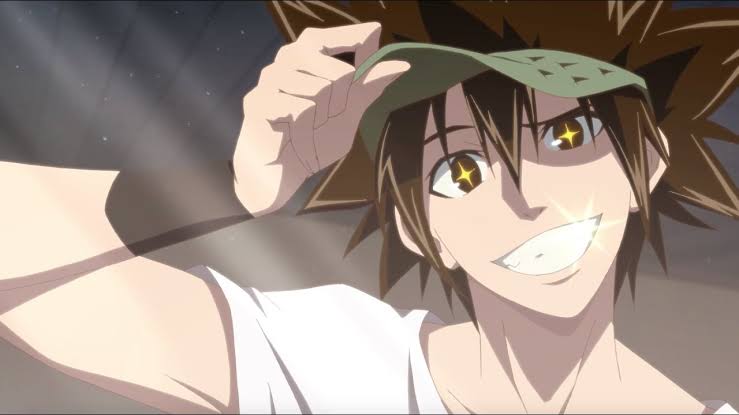 The God of Highschool is a new upcoming anime from Korea. Also, known as Gat Obeu Hai Seukul in Korean. This new anime is actually adapted from a web manhwa of the same title. This one is written and illustrated by Yongje Park. In this post, I’ll be talking about The God of Highschool anime episode 1 update and other important details about this upcoming new anime. Also, spoilers are part of this post, this is a quick spoiler warning for all of you who don’t like spoiler content. Without delaying the post any more let us begin discussing the topic.

First, let us talk about the manga itself a bit. The genre of this manga is Shounen, action, comedy, and supernatural. The publishers of this manga are Image frame. There are a couple of webtoon services that are involved with this manga. One is Naver Webtoon for the Korean language and LINE Webtoon for the English language. This manga was launched in 2011, exactly on 08 April.

So far just one volume of the manga has been released. This manga also has a dedicated mobile game and an original video animation added to it. Now, let us talk about the anime’s first episode coming out and when.

The God of Highschool anime episode 1 is scheduled to be released in July 2020. Even though the anime has confirmed that it will air from July 2020, there doesn’t seem to be any certainty in whatever is being announced these days because it of the Coronavirus pandemic aka Covid19 pandemic going on. The release of different manga and anime has already become a trend and it will be carrying on in the same manner for Allah knows for how long.

The God of Highschool Details

This story is about a seventeen-year-old boy who is pretty good at martial arts. This kid is callee up for a school martial arts tournament which is certainly a big deal because this tournament which is at the school level, winners will be selected for national levels and then even international levels. It is thus indeed a pretty prestigious tournament. Then we will get to see the protagonist doing his best after participating in it and also we’ll see different styles of fighting.

Apart from martial arts, we see more forms of fighting. Most interesting seems the borrowed form in which participants have superpowers which they borrow from various supernatural creatures. Even though it sounds cool but since it false and fiction it doesn’t interest truth-loving humans like me. Nonetheless, this puts an interesting twist in the story of The God of Highschool. While the protagonist who is named Jin Mo-Ri fights in the tournament alone at the start.

Later he befriends some characters who then become his teammates in the future. These two friends of his are full-contact Karate user Han Dae-Wi and epeeist master Yu Mi-Ra. These two are seemingly no pushovers as well. The protagonist has one goal in his mind and that is to progress in the competition. Do let us know your thoughts regarding the plot in the comments section down below. Now, let us talk about the characters that are involved in this series.

All these three above characters become friends and embark on a journey of fighting throughout their lives. For the hearts of the fans let us see will the anime be delayed or will it come out on a promised date of July 2020. Do share your thoughts with us.