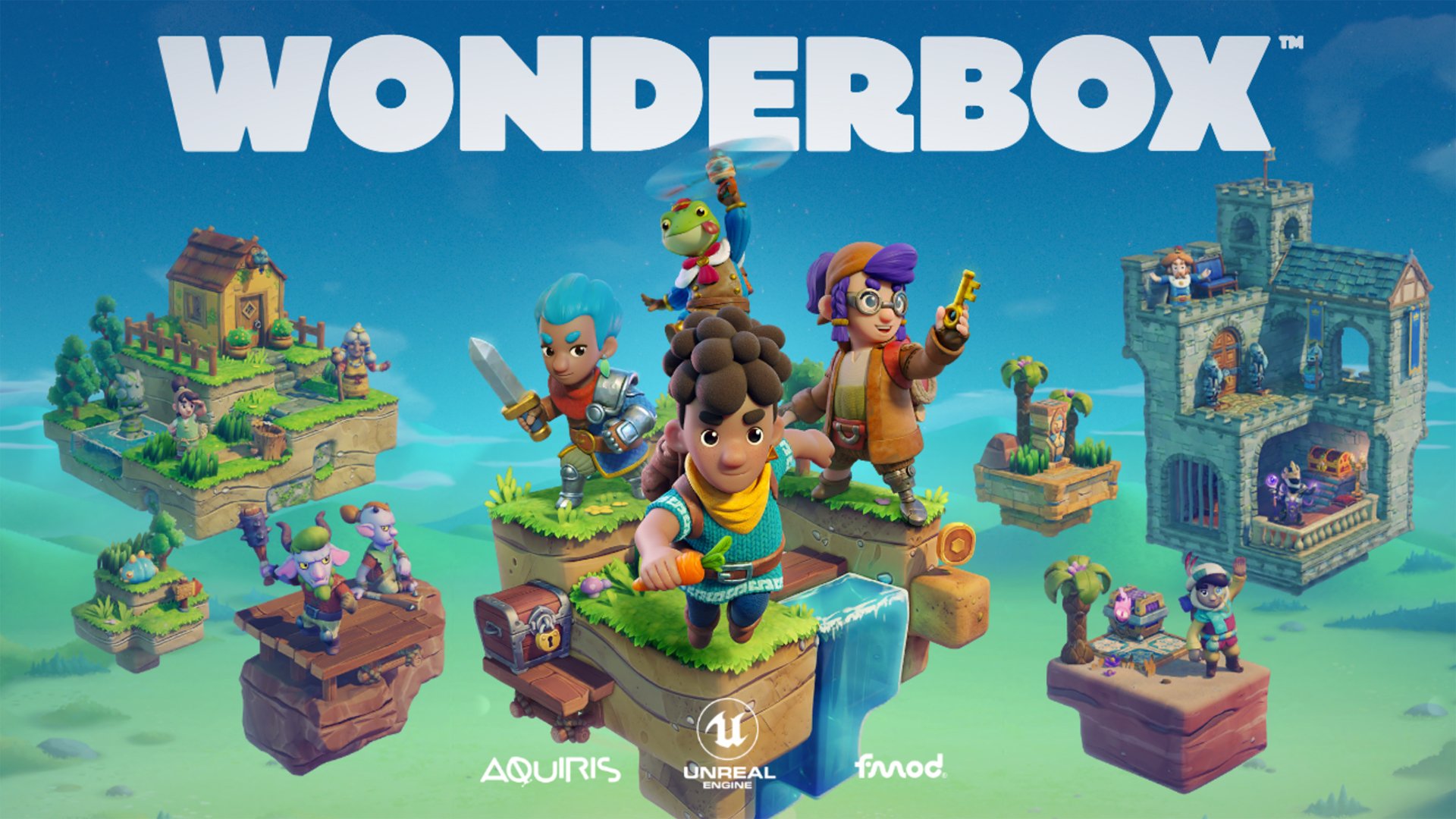 The swaying grass, the melodic tunes, and the lush valleys are all awaiting your wayward adventurer in Wonderbox: The Adventure Maker for Apple Arcade. In vibrant, bite-sized adventures, you can explore mini maps and search for treasure, or defeat enemies to work towards the next objective. Once you begin your adventure, you are thrust into the vibrant landscapes and given a brief tutorial on movement, which is all very straightforward. You traverse the landscape with your preferred input method (I tend to favor the PS5 controller for all my Apple Arcade games), and learn how to jump, move, and use weapons to dispatch enemies threatening the kingdoms and various landscapes.

The gameplay is very straightforward, and after the brief tutorial, you are sent on a variety of adventures that make up the campaign. The world was pleasant, with amazingly beautiful sprite-based graphics, with real-time lighting and weather effects. Once in an adventure, the objectives are either to collect items or find the next door to exit the area. Enemies are sparsely sprinkled throughout and are easily dispatched once you find a weapon from the area (although, in later levels, the bats could be a bit difficult to deal with, if your camera is ill-positioned).

This leads into the general gameplay formula for Wonderbox, and with as much wonderment as they could tease your senses with, the gameplay is very simplistic. Move your character, jump and traverse until you find the door to exit the mini-map, rinse and repeat. The puzzles themselves aren’t really puzzles; you are simply trying to find the next platform to jump to or a button to press, to find the door. There are weapons to find (swords, shields, and bows are the most common), and a few gadgets (propeller blade to reach high ledges and the grappling hook to traverse elongated chasms), but all in all they don’t add much to the adventure.

The starting map for Wonderbox: Adventure Maker – if you’ve seen one, you’ve seen ’em all!

Once you launch the game, a separate menu appears on the screen, giving you the option to play Offline or Online. Foregoing the Online mode only offers the base campaign provided by the developer, Aquiris. Once launched, there are four main game modes; Campaign, a series of adventures provided by the developer, that when completed, offers a number of unlockable content for other game modes. There are currently four adventures, with a fifth coming soon (one would assume future patches would increase the number of adventures). When playing Online, we have the option to traverse and explore the Discover game mode, where you will find a number of community-created adventures, as well as a plethora of offerings from Aquiris. This seems to be the main game mode for delivering future content. These two modes are very similar, and offer the same tried and true gameplay; enter the adventure, find the finish line, and exit.

There seems to be little replayability with these adventures. The simplistic approach, while engaging for a short time, quickly erodes, and devolves into mindless moving, rather than the adventure Aquiris was hoping for. Not to say there is potential here for more. The Create game mode has a well-crafted tutorial, that walks players through the basics of placing blocks and creating a map. These adventures are fun to a point, but after a while, I just was left with the feeling that so much more could have been done with this game. There is a multiplayer mode as well, with more of the same jumping and moving, just with more players.

Creative Mode seems to be what the future of Wonderbox: Adventure Maker is banking on. The community has had limited time to create adventures, and Aquiris seems to be hoping that shared experiences and adventures lead to more people playing. One of the areas I think they should definitely re-evaluate are the items strewn across the levels. The items themselves are frustrating because there is no crossover from Adventure to Adventure; each time you enter an adventure, they provide you with the weapons and gadgets that are needed to complete the puzzle. There is no strategy for finding what works best for a particular puzzle, it is simply selecting what they give you to solve it with. This is a missed opportunity. If there were multiple solutions for the puzzles, we could experiment with the weapons and gadgets, which could diversify the play-throughs.

Or if the enemy types were varied, and we had large-scale battles, differentiated weapons (bows that shoot multiple arrows, have elements attached, ricochet, bounce, double attack, etc.) would have increased the feeling of combat. It is evident that combat (sword swings), and searching for hearts in the grass, feel like Legend of Zelda staples. This could be expanded on further, to make the game feel more alive and exciting. Once more, when evaluating multiplayer, the ability to combine gadgets to use to solve puzzles could have been a welcome addition. While the game is approachable and easy to use, it lacks difficulty and ingenuity. While it’s great to pass levels and earn collectibles, if the experience is generic, and collectibles are only used to make more generic maps, the process can feel dull and unimaginative. There are many collectibles to acquire, and most come from leveling your character by completing adventures. My favorite so far is the Frog Head, complete with protruding tongue and marksmen armor. But this again leads to the main issue I have with Wonderbox. With such an imaginative title and world, the gameplay is anything but. 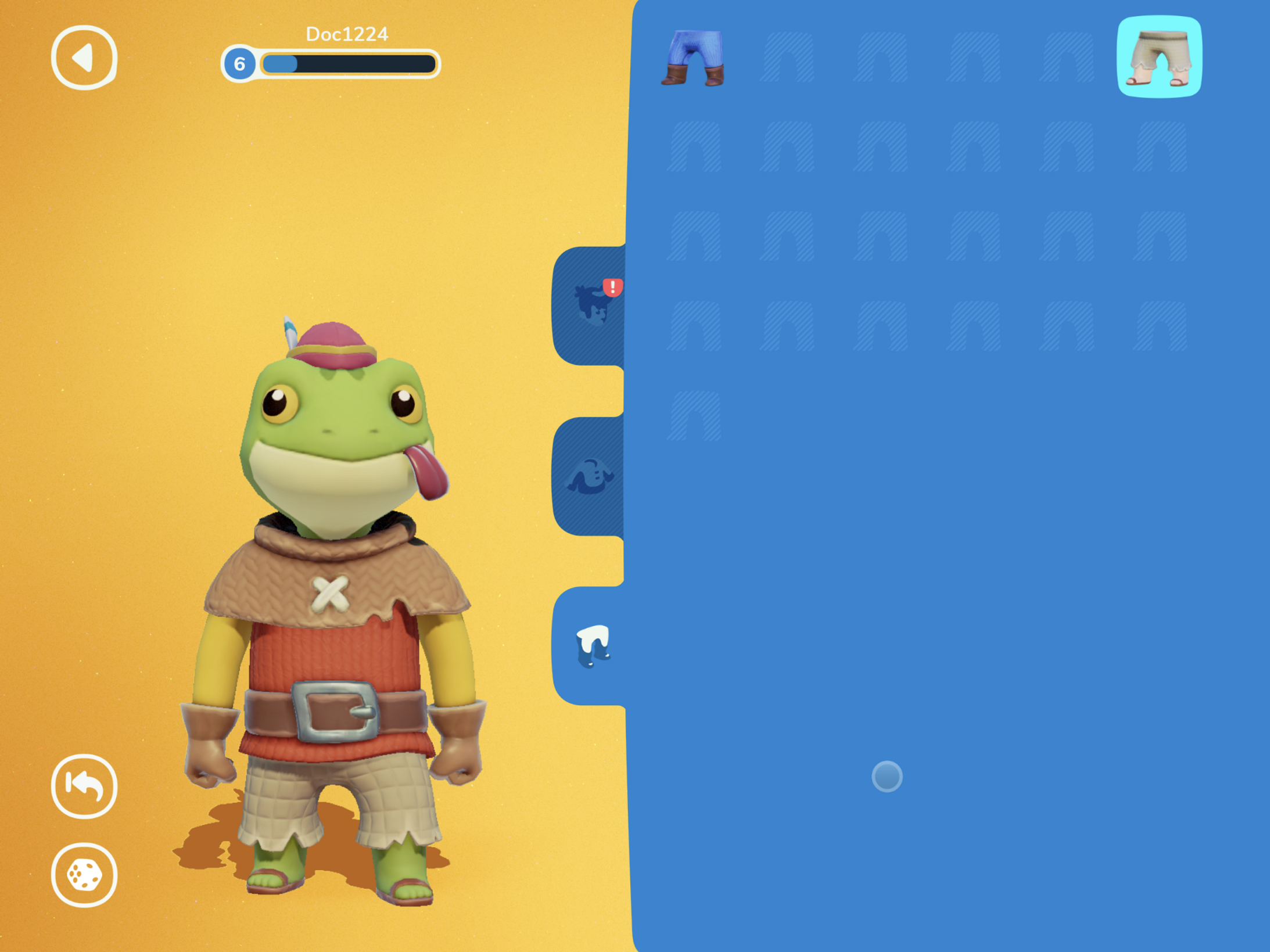 This is the adventurer we need!

Had they created a compelling combat system, and creative puzzles to tackle, I would wholeheartedly recommend Wonderbox as a game to get the Apple Arcade for. But I can’t in good conscience. I reviewed the Apple Arcade page for the game, it stated that it was designed for players nine and older. I just can’t see anyone over the age of 10 coming back to this game more than once, which is a real shame because they have some potential with this title. If they re-worked the combat and puzzles, I would recommend this title. If you have young kids coming over and need to find a way to entertain them, this might hold their attention for some time. To me, this game feels like a copy and paste of Captain Toad Treasure Tracker, for the Nintendo Switch. This game is title Wonderbox: The Adventure Maker, but I really didn’t get much of a sense of adventure, let alone the opportunity to make one.

As of now, we can’t recommend Wonderbox: The Adventure Maker as an excellent game, and thus far, is the worst game of our Apple Arcade Reviews. If there is something going for this title, is that they are committed to creating content, and these offerings could greatly increase in the upcoming months.