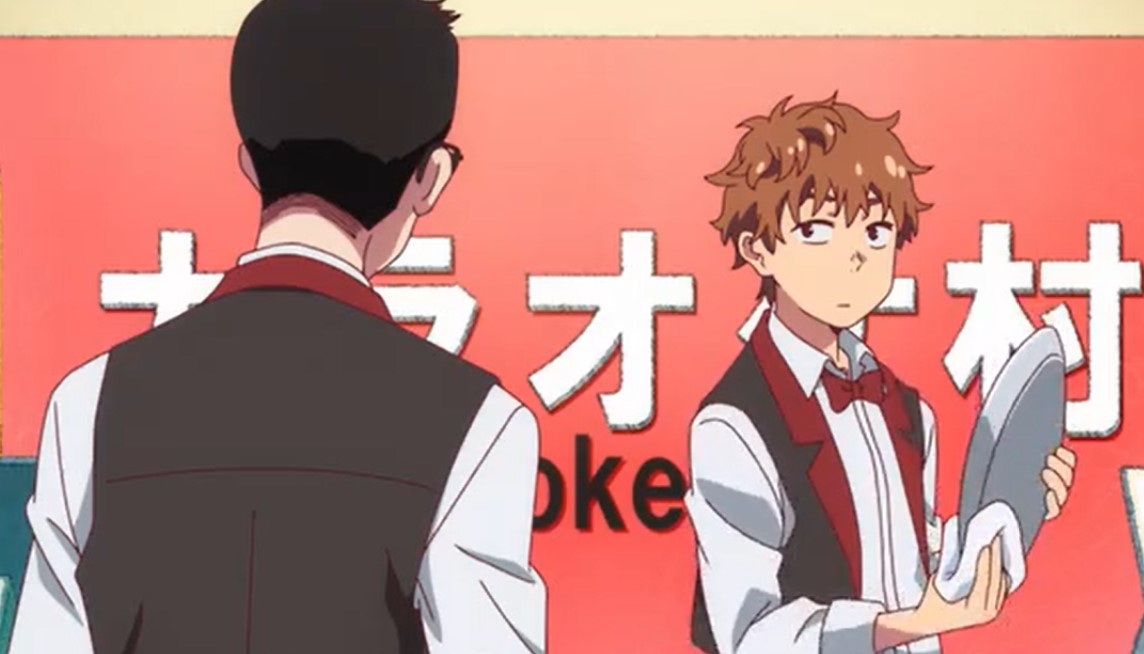 Within a matter of three weeks, we will be saying goodbye to the 1st season of this Anime lets see how Kazuya will win a real girlfriend. Kazuya manages to find a part-time job at a restaurant. Kazuya is happy that Mizuhara gave him a gift and he must be the first guy in the world who gets a gift from a rental girlfriend. He also thinks that he must be someone special to Mizuhara. Kazuya is so happy rolling all over the bed thinking that he has built another connection with Mizuhara.

Later Kazuya and Mizuhara had lunch together. Mizuhara asks Kazuya if he has fallen in love with her and Kazuya is hiding the truth. Kazuya replied that he is not in love and Mizuhara told him that they must keep on playing their pretense couple clean for the sake of their families. After they finished lunch they walk together and every guy started praising them. They said that Kazuya is so lucky he is walking with a hottie, what a couple with so much love. Suddenly they met with Ruka who loves Kazuya with all her heart and she asks them what are they doing.?

This week’s post is about the Rent-a-Girlfriend Episode 10 update, preview, and a recap of the last episode. This Anime is also known by its alternative name as Kanojo, Okarishimasu. Let’s start by taking a look at the weekly release schedule of Rent a Girlfriend below.

Rent-a-Girlfriend or Kanojo, Okarishimasu Episode 10 will be released on Saturday, 12 September 2020, at 1:25, AM JST. Kanojo, Okarishimasu releases its new episode every Saturday. Unfortunately, the spoilers of episode 10 are not yet available. Let’s take a look at the recap and preview below. 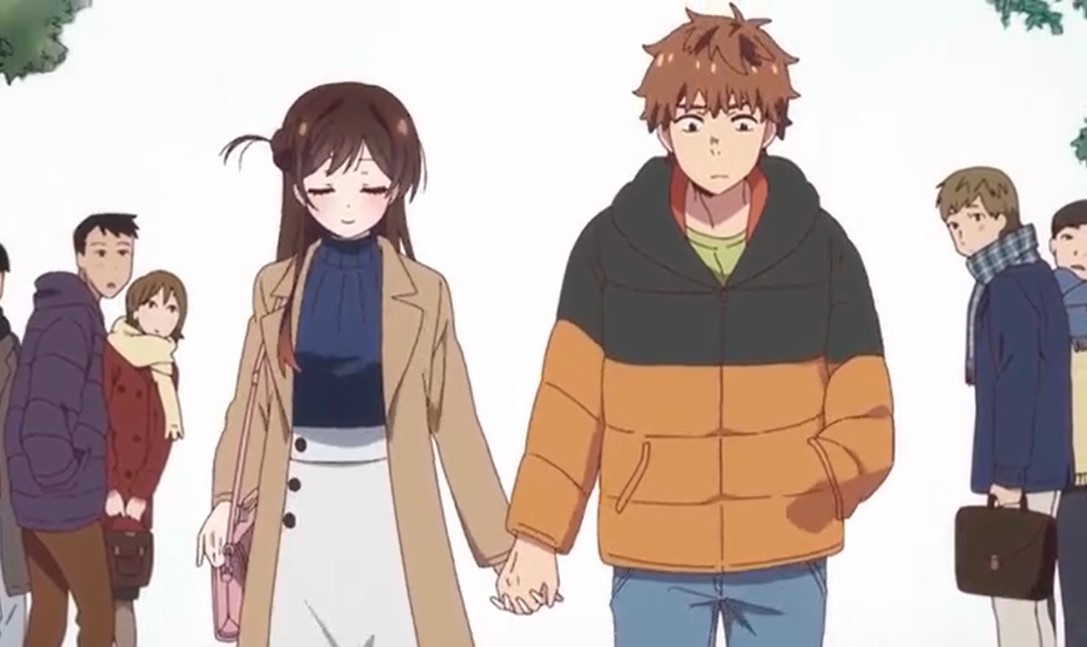 Ruka asks Kazuya why he lied that he had other plans and why is he coming from a date with Mizuhara instead of her. Kazuya lied to Ruka that he was just getting advice from Mizuhara. Ruka suggested that he must go on a date with her now and he escapes her by saying that he has other plans. Ruka manages to snatch away Kazuya fro Mizuhara and they both went on a date. While they are enjoying their date Kazuya thinks that he is a partner in crime with Mizuhara.

There is a girl who loves him and there is a rental girl who he loves he is confused about what he should do. Ruka notices that there is something bothering Kazuya and she blindfold him. She told him that she is taking him somewhere later they ended up in a hotel room. Kazuya is on top of the bed and when he takes off the veil covering his face he finds Ruka trying to take her clothes. Kazuya is shocked since he never sees a girl naked in his life.

Ruka takes her clothes slowly and romantically and Kazuya tries to runaway unfortunately the door is locked. Ruka stopped and asks Kazuya who is trembling to allow her to explain. Kazuya allows her she said that his relationship with Mizuhara has past rental girlfriend and a client. Kazuya sat down and explains his relationship with Mizuhara to Ruka. Ruka suggested that since Mizuhara is just a rental to Kazuya, Kazuya must introduce her to his parents instead of Mizuhara.

Ruka tries to convince Kazuya that she is his real girlfriend. She tries everything to seduce him telling him that she will be his lover forever. Kazuya runs inside the bathroom after telling her he can’t betray Mizuhara’s trust even though she is just a rental. Ruka left Kazuya and they both went separate ways.

Ruka ends up spilling the beans that she is Kazuya’s girlfriend and Kazuya’s grandmother is angry. Kazuya’s grandmother without knowing anything she scolds Kazuya nad told him to break up with Ruka. Kazuya lies to his grandmother that Ruka is a pathological liar. Meanwhile, Ruka tries to convince Mizuhara to stay away from Kazuya so that she will be able to take over.

Within a matter of a few days, we will be coming back again with the new latest development of this Anime. For this next episode that’s, we have to offer for you today. You can also use this link kanokari-official.com or Crunchyroll to get more updates and news about Rent-a-Girlfriend.