My Hero Academia is one of the best shonen series around. It has become really popular throughout the world. It has been a long time since the series came out but, I still feel that it was only yesterday that the manga came out. My Hero Academia did release a movie last year and now there is going to be another movie. The title of the movie is My Hero Academia The Movie: Heroes Rising.

Recently, a new key visual for the movie was released and it looked absolutely stunning. But, for anime only fans there are spoilers. So, before going into the details of the movie, let me tell you warn you that there are spoilers beyond the new season. So, keep that in mind before you proceed further. With that out of the way let’s move on. 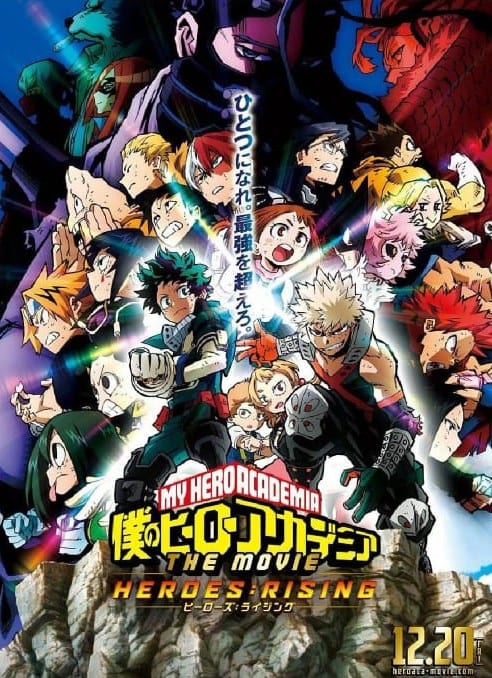 In the key visual, we can see Hawks, who is a pro-hero, and he is actually a great character. The villain in the movie is a draft of the final that was done by Horikoshi. This just raises the hype even more. The manga readers will recognize Hawks, and they know who he is and what ability he has. I won’t delve into the details. All I can say is that Hawks is a brilliant character and people will love him when they see him.

According to the synopsis of the movie, the villain in the movie will be the greatest villain in the series so far. It really feels that we are set for a very amazing movie. The time can’t pass quick enough so, that we can watch it.

3 From Hell cast and all we know so far