My Hero Academia: One’s Justice came out last year, and built up a lot of hype surrounding it. However, the game barely lived up to the expectations and mainly failed to make a big impact. Fans largely expected the game to be much bigger than it actually was, and that’s why the game was considered a huge letdown.

My Hero Academia: One’s Justice 2 – All We Know

You’d have expected the first My Hero Academia game to be phenomenal and one that delivers the true experience of the Hero society, but the game failed at that aspect as well, and while it wasn’t an awful game, it wasn’t particularly good either. 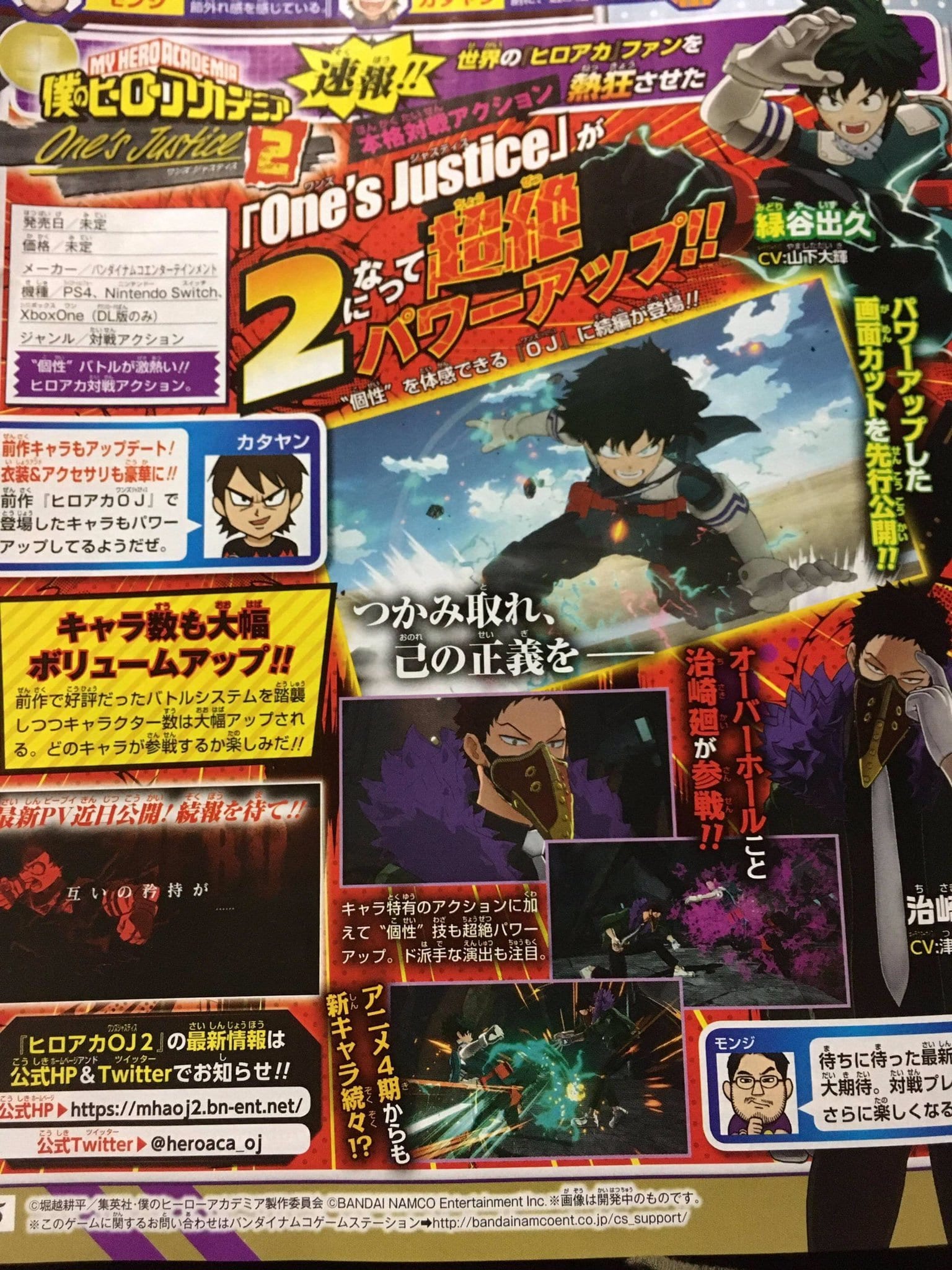 With that being said, we still have hopes that the next My Hero Academia game is going to be much better than what we saw in 2018. As you might have guessed by now, the next game has already been announced, and it’s titled ‘My Hero Academia: One’s Justice 2’. Judging from the title, it is a game that continues from where the first one left off. But, the big question is, is the game going to be any better? Well, I certainly do hope so!

Bandai Namco announced My Hero Academia: One’s Justice 2 recently, and it has been revealed that the game will be heading to PlayStation 4, Xbox One, And Nintendo Switch. As for the we don’t have one just yet. Hopefully, we’ll get avery soon. If we had to guess, the game will probably be out by Spring 2020.

For now, the only thing we know about the game is that it is a follow-up to One’s Justice and that it is going to include the new characters who will appear in the fourth season of the anime, such as Kai Chisaki. According to Gematsu, the quirk abilities in the game will also be significantly improved.

Are you excited about My Hero Academia: One’s Justice 2? Let us know your thoughts in the comments section below!