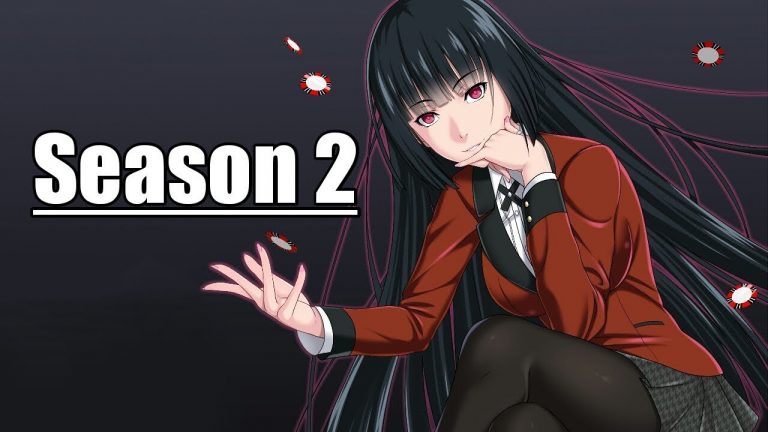 Kakegurui’s has received the green light for its second season. The first season of Homura Kawamoto and Tōru Naomura’s Kakegurui was a success story. The official website for the series released a new promotional video for the series. In the video, we see the opening theme song for the anime titled, “Kono Yubi Tomare” by JUNNA. Along with the revelation about the opening theme, the premiere date for the second season was also confirmed.

The second season of the anime will premiere on January 8. The ending song of the anime will be performed by D-selections, and the song is titled “Alegria.” TECHNOBOYS PULCRAFT GREEN-FUND is composing and writing the lyrics for the song.

The anime will premiere on MBS on January 8 at 26:30 (effectively January 9). The show is also going to make its premiere on TV Aichi on the 9th of January. Kakegurui’s second season will also be released on Tokyo MX, RKB Mainichi Broadcasting, and BS NTV on January 13. The series will begin streaming on Netflix in Japan on January 10.

Here is the cast of the second season, which has already confirmed:

Yuichiro Hayashi will be joined by Kiyoshi Matsuda (Kuma Miko: Girl Meets Bear, Rozen Maiden) as the director for the new season. Manabu Akita is returning as the character designer, and Yasuko Kobayashi is returning as the writer. The animation will be done by MAPPA. The anime also features a returning cast.