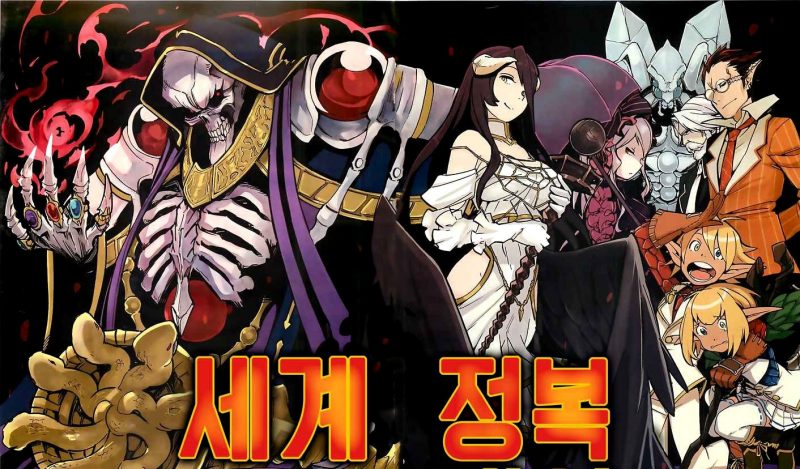 Overlord released its latest chapter a few days ago with chapter 53.  Everyone had returned from their information gathering and Lord Ains wants to reward them. He had everyone say whatever they wished and that he will grant those wishes as their rewards. Afterward, Ains had Demuirge explain his plans to everyone as he revealed that they have taken over the underworld. They are devising a plan to take measures in case the peoples who controlled Shalltear turn out to be an organization. Therefore they have to found a nation under the name of Great Underground Tomb of Nazarick

Overlord happens in a virtual world of Yggdrasil, which is a popular online game. When it was shut down on its last day, Momonga decided to stay until the last moment in this beloved game of his. As he plans for the server to force log out of him, the server unexpectedly did not shut down leaving him stuck in a skeletal body in this virtual world. As a powerful overlord, he must now discover the new world and the dangers it contains. He is accompanied by his guild’s NPCs who are now living creatures with their own agendas as their adventures begin.

Ains is busy wondering about the plan Demuirge presented as he asks himself what would everyone think about it. It seems that Ains wants to make his name know all over Yggrasil in case if any of his friends from the original guild come back then they will hear of him. This is all Demuirge’s plan as Ains only gives it a green light after thorough consideration. Inside the great forest if Tomb the shadow of instability is on a rampage towards the neighboring village. This could be the beginning of another attack by the monster as it is going around killing everything in its way.

Overlord currently releases new chapters on a monthly basis. The manga is a little difficult to come across as it is not widely available in popular Manga websites. With chapter 53 released 2 days ago then this had made it the last release of the year. Chapter 54 will then be released on the week of the 9th of January 2020 as it usually releases on Thursdays. In case of any delays, the Manga usually skips to the next available Thursday delaying it by a week.

Where To Read Overlord Chapter 54?

You can read Overlord’s Manga from mangaread as it is usually up to date, we do advise you to support the official release, so when you can buy a manga, go ahead and do it. Raw scans are available 2-3 days before thefor Manga, in order to support the Manga creators we recommend using digital copies instead of the raw ones.