Aha! the entertainment business is getting slowly and steadily on its feet after a whole year, which saw multiple huge projects being held, stopped, shifted, and sometimes even canceled due to the Covid-19 Pandemic. Even though streaming may have benefitted a lot but, even the OTT platforms struggled to bring news shows and movies due to productions being stopped. Now all OTTs, Television, and Movie business have resumed their work brining in new content onto our screens with Warner Bros. set tor to release all their slated movies of 2021 in theatres along with an HBO Max release while Netflix plans to release 70 original movies on its platform including the heist thriller “The Formula” which has now two popular actors signed-in for the lead.

The new expanding horizon has led to the start of the development of new content, and lots of them come from Netflix itself who have started working on one of its original films, “The Formula,” which has now bagged two-times Oscar-winning actor Robert De Niro along with Star Wars Alumni John Boyega as an interesting pair of leads for the heist thriller. Although there is not much revealed about the project, we have still provided everything to know so far about the John Boyega and Robert De Niro starter “The Formula.”

News On Netflix’s “The Formula”

The news broke all the way from the Deadline, which stated that Gerard McMurray, who is known for directing movies like 2018’s The First Purge and 2017’s Burning Sands, is all set to direct the Netflix Original film “The Formula” starring John Boyega and Robert Di Nero. The report suggests that McMurray will also be writing and producing the film. 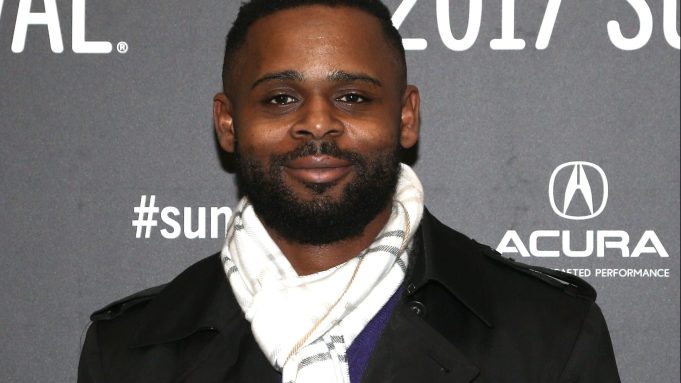 “The Formula” is being produced under the brand new Buppie Productions. McMurray joining Jane Rosenthal, Robert De Niro, and Berry Welsh serve as the producer for the heist thriller film. Jason Michael Berman is serving as the film’s executive producer and will be joined by Sam Shaw and Buppie Productions’ very own Ephraim Walker as co-producers.

The plot of “The Formula” is set to revolve around a Formula 1 driver who is forced to work as a Getaway driver to save his only family left. The studios have not revealed much about the film as the movie is still in the early stages with two huge stars announced, and we are presuming Boyega is set to pick up the lead role of the Formula 1 driver.

Read More: Chris Rock’s “Spiral: From The Book Of Saw”! The Horror Movie Is Set To Give “Seven” Vibes!

What To Expect As Of Now For “The Formula”?

We believe the movie is set to be a mid-budget thriller, unlike the groundbreaking high production-based movies of Netflix, which includes the likes of Ryan Reynolds’s “6 Underground” and Chris Hemsworth’s “The Extraction.” “The Formula” will be more of a ground-level thriller which many of the shows and movies are banking on with an incredible storyline to serve the purpose, and Netflix seems to have been following the same strategy since the studios have seen huge success with this kind off projects that include the likes Mindhunter and Money Heist.

Apart from all of this, “The Formula” is set to bring both the stars back to the OTT giant’s studio. Robert De Niro has previously worked with Netflix on the critically acclaimed Martin Scorsese’s “The Irishman,” which also stars huge names like Al Pacino and Joe Pesci and bagged 10 Academy Award Nominations and several accolades.

Read More: Searchlight Schedules Release Dates For Its Four Top Movies In 2021! Find Out More About The Films Releasing In 2021 By The Studios!

On the other hand, it would be amazing to see John Boyega as a lead in a different feature like “The Formula” as he leaves the Star Wars franchise behind after he thought the franchise didn’t give his character much of a story. Apart from the Star Wars Franchise that made Boyega a huge star, he had already proven his acting skills in his debut film “Attack The Block” and his most recent project Steve McQueen’s Small Axe, where he starred in the Red, White, and Blue installment which has given him a good boost. John Boyega is currently working with Jamie Foxx on the upcoming sci-fi comedy “They Cloned Tyrone” directed by Juel Taylor, and once he is done with the might join the team of Netflix’s “The Formula.”

Apart from “The Formula,” Robert De Niro is keeping himself heavily busy with huge projects under his belt, which include the crime comedy “The Comeback Trail” directed by George Gallo and will see De Niro starring alongside Oscar Nominees Morgan Freeman and Tommy Lee Jones. De Niro is also set to star in a David O’Rusell film starring Christian Bale and Margot Robbie.

There will be more information coming in from Netflix for their original film “The Formula” revolving on the supporting cast, story, and release date; we will keep you updating. Still, for now, by casting two popular actors, the movie has already started making buzz. For more updates revolving around entertainment, TV shows, movies, anime, and gaming, stay tuned to Otakukart News.