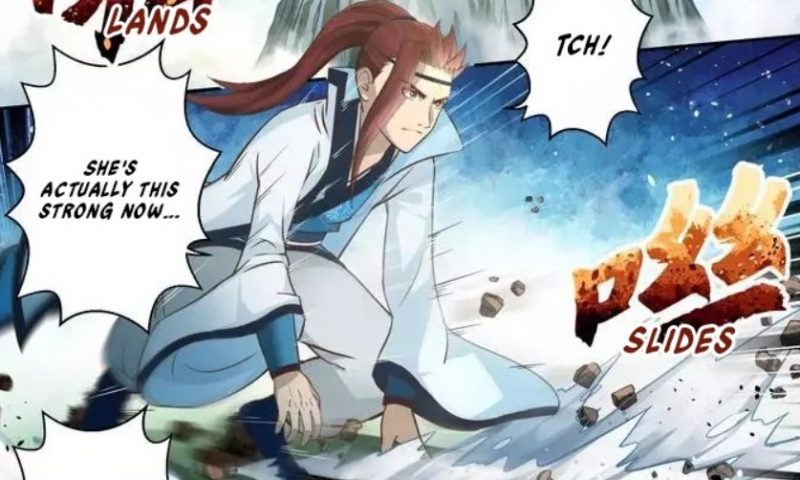 Long Baizhang extracts the ancestor’s dragon energy from the guy he was fighting in the latest chapter of “Holy Ancestor” as he defeated him. This manga released its latest chapter on the 28th of January 2020 with the release of chapter 226. So in this post, we are going to talk about ‘Holy Ancestor’ Chapter 227 update, read online, and spoilers. So if you don’t like spoilers, you can skip the spoilers section below.

Luo Lie fought against Ning Xuebing and realized that she is stronger than he thought, and if he doesn’t take the serious, he might end up in a bad situation. So he tried to buy some time to recover and talk t her about the future of their dragon race as they are both fighting to secure it. So Luo Lie told her that he is looking forward to the day that he will become a true cultivator and get to experience a battle with them.

When Is Holy Ancestor Chapter 227 update?

The latest release was made on the 28th of January 2020, where a single chapter was released, bringing the manga to Chapter 226. This manga used to release new episodes every four days, but as of late new episodes are experiencing delays. If there are no further delays, then chapter 227 should be released on the 1st of February 2020. So make sure to regularly check our site as we will be bringing you new updates as soon as a new chapter is released.

Holy Ancestor Chapter 227 Can Be Read On AC.QQ Magazine!

As of now, there is no official website for you to read ‘Holy Ancestor’ manga online; it is available on AC.QQ magazine so you can support the creators by buying the magazine. We highly advise you to support the official releases as this supports the creators.

What Is Holy Ancestor Manga About?

This Mang takes place in a brand new and upgraded divine world where there is King Zhou, Jiang Ziya, Su Yuji, and Yang Lan. All of them are individuals at the very top of their league. There is also Kings and three emperors of Huoyun cave, Saints and Daoist sects, Gods and Devils. There also exists a youth named Luo Lie, who will open up a new divine era, not as a hero but an unmatched individual in the world.