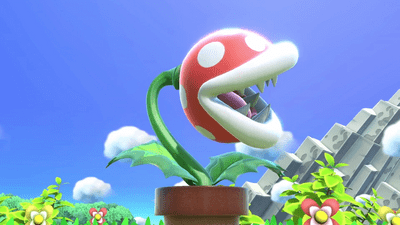 The latest update of Super Smash Bros Ultimate has arrived, and it is a huge one. Version 2.0.0 is available for download now, and the most interesting thing in this update is the new character that was introduced with it which was Piranha Plant. Anyone who registers their game by 31 January will get Piranha Plant for free, and the character will be available for everyone to buy at some other date. 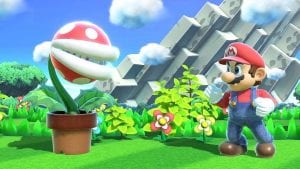 In the patch notes, some changes were made and improvement as well. You can now play Spirit Board with up to four players, and you will win the battle if anyone is knocked out. The patch also adds Partner Pikachu, Partner Eevee, and many more items.

In this patch, many balanced changes were made to many fighters and almost all the characters got buffed in ways like power increase and vulnerability decreases

Nintendo is not stopping here; there are a total of five other DLC characters for Super Smash Bros. The first one will be Joker from Persona series. Each fighter will be released individually with a new stage and multiple music tracks for $6 but to make your life easier you can just get all five of these by buying the Fighter Pass for the discounted price of $25.

Here are some of important the patch notes for Super Smash Bros. Ultimate.

• You can now play Spirit Board with up to four players.

• Select the spirit you want to challenge on the Spirit Board, and then go to Party → Fighter to select the number of people who will play. When playing with multiple people, you will lose the battle if any player is KO’d.

• We adjusted the calculation for Global Smash Power.

• Added the DLC fighter, Piranha Plant.
Piranha Plant will become available for purchase as DLC at a later date.
• Pressing both jump buttons at the same time will now cause you to short hop.
• Fixed the issue where the KO score included your teammates’ KOs when Team Attack was On.
• Game-balance adjustments.
• Various gameplay fixes.
• Specific fighter adjustments are detailed here.