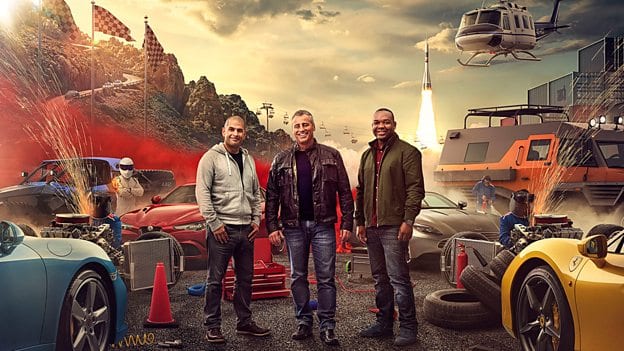 Top Gear Series 25 came to an end the previous year with the perfect finale that fans hope for and now everyone is looking forward to the next installment of the show and excitement is high in the air. Matt LeBlanc already teased fans in 2018 that they’ll be returning with a more entertaining and ludicrous season than before, so expectations are high. So, with that being said here is everything you need to know about the upcoming Top Gear Series 26.

Fans of the series will be extremely excited to know that Top Gear isn’t going to end soon and if Matt LeBlanc’s is to be believed that the show will keep on entertaining fans for at least 41 years from now. In an interview, Matt LeBlanc said that the possibilities for the show are endless and being a timeless show, it can really expand for as long as it wants. He also wonders about what they cover in 41 years from now, and if flying cars come into existence, Top Gear will sure rock with that as well.

He also correlates the show with human independence and says that cars are a symbol of freedom as inside the car you can control your own destiny so as long as this instinct stay on, the show will stay relevant.

The possible presenters for Top Gear Series 26 include:

Matt LeBlanc will be appearing in the upcoming series for the final time, and other members are yet to be revealed. The official list of guest appearances are also a mystery now but, according to predictions, fans might see:

The officialis yet to be revealed. However, reports and sources predict Top Gear Series 26 to be released in the spring or the latter half of 2019.