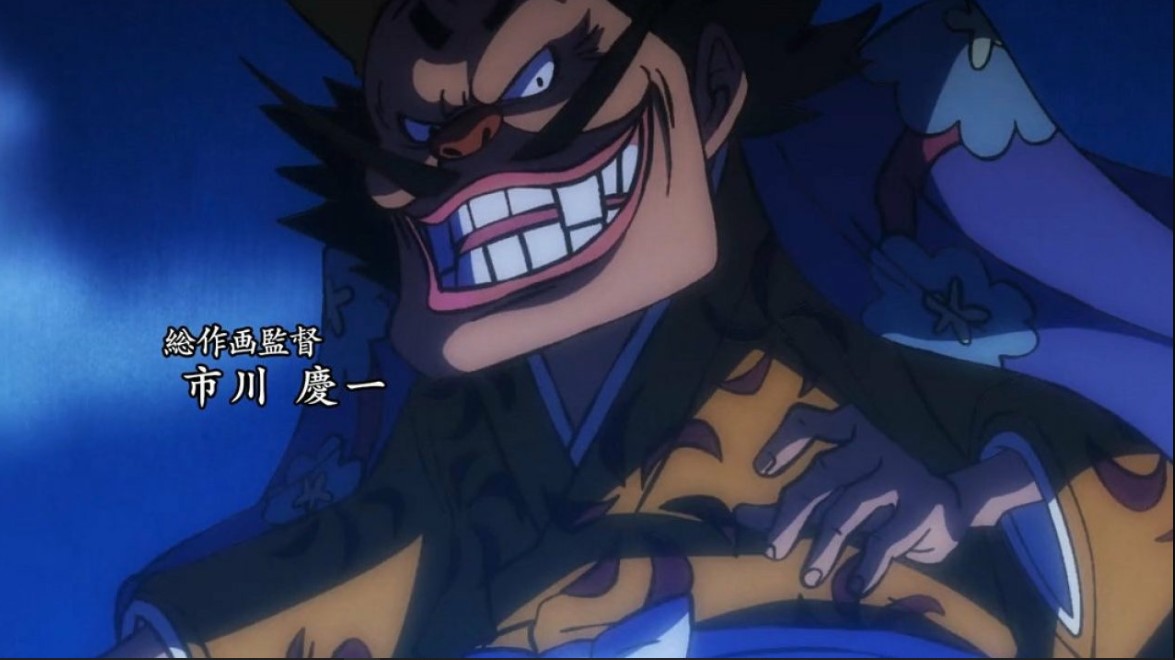 The Straw hats and the nine red scabbards’ plans have finally been fully revealed about what happened as they have found no one in their rendezvous point. You will remember that before Oden’s era’s time skip, things left us out of the clear on what could have happened and this only gave more room to fan theories. Now the time skip has ended and things are finally picking up where they left off as more and more shocking things unfold. So in this post, we are going to talk about One Piece Chapter 975 Spoilers, update and time.

Usually, the illegal sources are released first, but the thing is, they are very bad in the quality, and they do way too much harm than help to the manga industry. Like always, we are updating our post with relevant information on where to read manga officially and in good quality with English translations.

We have mentioned two sites below, one of them is MangaPlus, which is by SHUEISHA, it is the manga company itself. The second one is VIZ, which is very well known and is run by Viz Media, which is an American manga publisher and distributor, by reading there you are supporting the manga industry financially and supporting the creators of the manga as well.

One Piece Chapter 975 will be available to read here: MangaPlus and Viz Media.

UPDATE: Spoilers for One Piece 975 are now revealed by u/gyrozepp95.

It is finally the day of the fire festival and the straw hats and the nine red scabbards have started their raid. To their surprise, Orochi and Kaido already had a spy that had been working for them all the way back from when they were in Zou and even Punk hazard and it was Kanjuro. Luffy, Kid, and Law have arrived to back up their stranded allies as the fight is about to start.

The straw hats’ response to the traitor and the beasts pirates ambush seems to have been foreseen by Denjiro as the sunny arrived in good shape and this will play a big role for the scabbards and Luffy getting to Oningashima. So far there have not been any updates on Nekomamushi and Inuarashi’s team that has arrived to wano a little bit earlier on as well.

One Piece chapter 975 spoilers will surely have much more to tell us when they are released. For now, the spoilers are not yet released as they are usually released 2-3 days before the chapter is released. So we will update this post as soon as the new spoilers are out. Make sure to visit again as they will be released within a day or two at most.

The time skip has ended and everything has been revealed about what happened, as according to tho the straw hats and their plans with the nine red scabbards, they were supposed to find their allies and their ships. But to their surprise, they were met with a different surprise. No one was there and no ships were present at all. After Kyoshiro and Komurasaki were revealed to be one and the same person, Hiyori has asked her to carry a bit of fake blood with her in case she might need to fake her death in order to escape from Orochi.

A short flashback that explained Orochi and Kaido’s conversation about the red scabbards and Toki’s devil fruit abilities reveals that they already know about all of their plans and that they have traveled from the past. As a result, Kaido wants them all captured alive as it seems like he has something to ask them personally.

The traitor that the scabbards have been warry about but never really confronted the issue reveals himself and it is Kanjuro who was spying for Orochi. He tells them about his back story and his loyalty to Orochi and why he did what he has been doing all along and that he had no intention to hurt them but only wanted to fulfill his duties to Orochi without fail.

Then we are taken back into the current timeline, before Oden’s time skip where the straw hats and the nine red scabbards are at their rendezvous point and they find no ships nor their allies present as they wondered what could have happened. So Kajuro then explains everything to them. Even though they decided to continue with the raid despite all that. The beast pirates appeared as Orochi orders Kanjuro to bring Kidnap Momonosuke.

The beasts pirates only berated them for what Kanjuro had been doing to them all along as they laugh in the scabbards and the straw hats’ demise. As the beast pirates prepare to take them out, Luffy, Kid, and Law arrive at the scene as they have come to back up the Onigashima’s raid as the final showdown is about to begin.

When Is One Piece Chapter 975 update?

One Piece Chapter 975 will be officially released on Sunday on 22 March 2020. The Manga runs on a weekly schedule meaning that new episodes are released once every week and are 7 days apart.