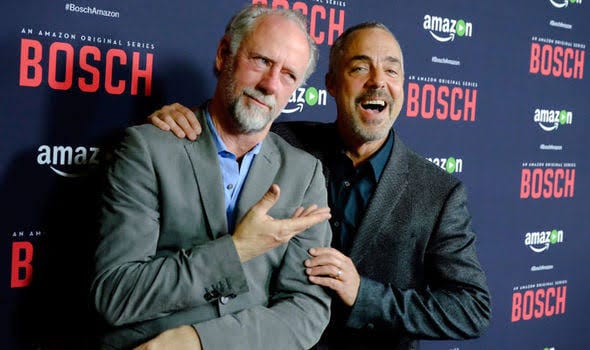 The American procedural web series has been out there for quite some time now. Program executive producer Michael Connelly confirmed Season 6.

Bosch, the TV series stars is headlined by the character of Titus Welliver as Los Angeles Police detective Harry Bosch. Bosch was show Developed for Amazon by Eric Overmyer. Season one of the show was inspired from three volumes of Michael Connelly’s novels. The first one being the City of Bones,  the second being Echo Park, and the third one, The Concrete Blonde.

Due to the ongoing Coronavirus Pandemic, many shows and movies are getting delayed as this is affecting the production and filming of many shows. However, Bosch Season 6 will be coming this April 17, 2020, on Prime Videos and there will be delays.

From what we know, Bosch Season 6 will follow The Overlook and Dark Sacred Night. We also would like to let you know that Bosch has been renewed for another season which will be the seventh season of the series, but unfortunately, it will be the last season.

Is there a trailer for Bosch Season 6?

Yes, we now have a trailer for the sixth season of Bosch, you can watch below:

What To Expect from Bosch Season 6

So far, 5 Seasons of Bosch have come out, the latest one released this year in April via Amazon Prime. Fans want to know whether Season 6 will and Harry Bosch back in “Bosch”. Season 5 won a ton of views and earned decent feedback too. Rotten Tomatoes meter has given “Bosch” Season 5 a 100 percent rating with an audience score of 96 percent.

Amazon Prime ordered Season 6 soon, so we will get to see Titus Welliver (Harry Bosch) back in the game, again. Amazon’s Prime head, Albert Cheng said that since people have liked the show so much, there wasn’t a hard time deciding on its renewal.

What is Bosch Season 6 Release Date?

Bosch Season will release on Amazon Prime Video on April 17, 2020.

Season 6 of Bosch is supposed to deal with the same old conflicts as shown in the previous seasons. The cold murder cases will be dealt with, more importantly, the ones dealing with Daisy Clayton. As these cases are solved, Elizabeth Clayton needs the closure she’s always wanted – avenging the killing of her daughter.