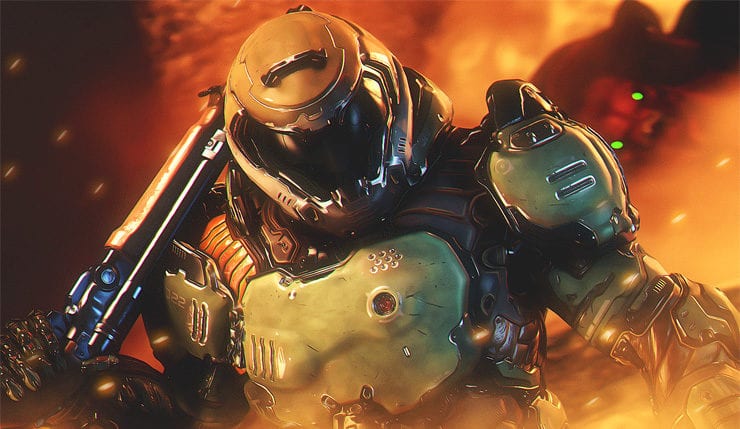 Doom Eternal is one of the biggest games that are coming out later this year. The game is a sequel to 2016’s Doom reboot, and the new game is said to have every element of what made Doom very special in the first place. On top of that, there are also a bunch of new features added here and there that make sure that you see the progress made so far.

On the 25th Anniversary of the franchise, we got a new trailer for Doom Eternal. The trailer featured some nostalgic moments from the previous games, and along with them, we got a look at the new clips from Doom Eternal as well. You can check out the trailer below:

Those who want a cleaner look at the gameplay had their wishes fulfilled. Bethesda revealed their first gameplay trailer last year, and it looks like the game is completely insane. I didn’t expect it to be so incredibly hype. But, you don’t have to believe me. You can check it out for yourself below:

So when is the game coming out? Surprisingly, no update has been announced for the game yet, even though the game is set to come out at some point in 2019. Hopefully, we don’t have to wait a lot now because 2019 is here and we need some sort of clue to figure out when the game is dropping. Anyway, coming over to the platforms, it seems that the game will be available for Xbox One, PlayStation 4 and PC.

For those of you who have been waiting for information on Doom Eternal, we have it for you right here. You can finally get your hands on Doom Eternal and experience it first-hand. Doom Eternal, which is the sequel to the 2016 series reboot, is headed to Google’s new Stadia platform. This news has got gamers all across the globe excited, and we cannot wait to experience it as well.

Along with this, some key details were also revealed to us. Marty Stratton, who works at id productions revealed that Doom Eternal would run on Stadia in 4K resolution at 60 frames per second with HDR support, and that too on just a single Stadia GPU.