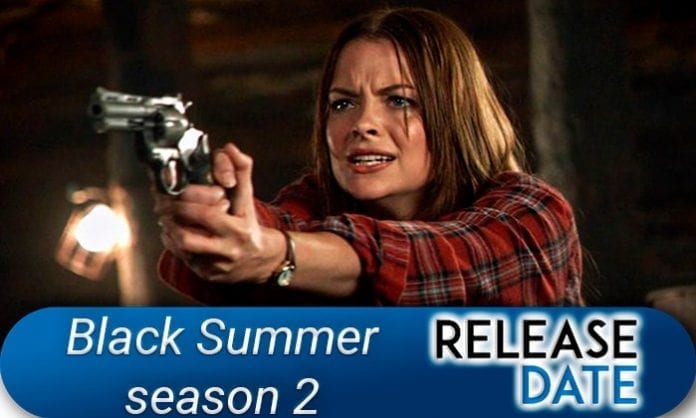 On April 11, Netflix’s post-apocalyptic series Black Summer hit the screens and took the world by a storm. At the end of the very season, we saw a threat from the under too. Though some people think Black Summer is a Sequel to Syfy’s Z Nation (that was canceled last summer after five seasons), King flat out denied it. King said that she’s never seen Z Nation or heard of it, but her friends love the show anyway. But the awful coincidence in that Black Summer’s creator Karl Schaefer was behind Z Nation too. Both Z Nation and Black Summer were produced by The Asylum. John Hyams, who’s directed Black Summer also directed Z Nation.

If Black Summer is back, one may expect the following cast members to be back too:
Rose (Jaime King), Sun (Christine Lee), Spears (Justin Chu Cary), Lance (Kelsey Flower), Carmen (Erika Hau). Although William (Sal Velez, Jr) Ryan (Mustafa Alabssi) and Barbara (Gwynyth Walsh) wouldn’t be back as they were killed off in Season 1.

As goes for the promo, don’t expect one to come out anytime soon.

Black Summer season 2 is confirmed, and it looks like all the Z Nation fans are going to be happy. Although the first season had a lot of points they need answers of, the major shock was their favorite character William dying. He died after Rose shot him as he was injured during an escape. It was a big surprise to all the viewers, but a latest interview of Velez Jr, who played William’s character, might have just given a hope.

Velez Jr said that we can compare his character to Jon Snow of Game of Thrones, and it might be possible that he could get a revival. William’s death was not clearly shown, so it could be possible. He also informed that the second season is under production, so we need to wait to learn more about it!