Chernobyl Episode 4: ‘The Happiness of All Mankind’ Release Date And Details 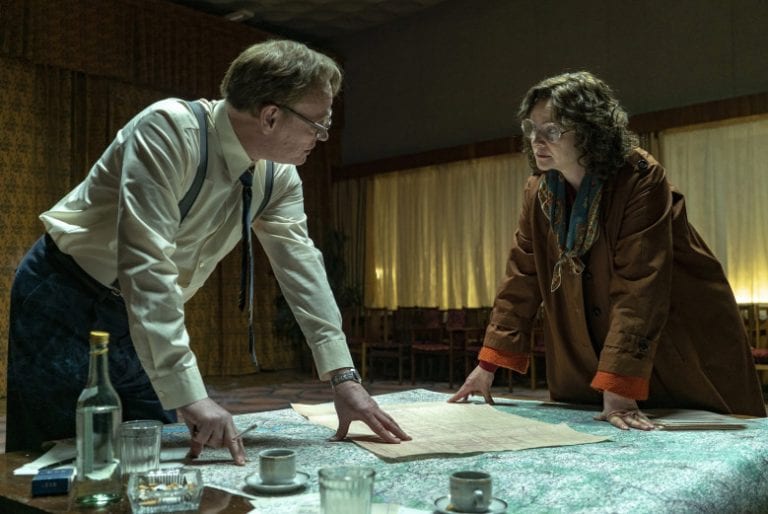 In this post, we are going to talk about the Chernobyl episode 4 release date, where to watch, and spoilers. While the third season is supposed to premiere today, on 20 May 2019, fans are curious to know what will happen afterward. Therefore, we are gathering all the available details of the fourth episode, to serve you right after the third episode broadcasts.

In today’s episode, we will see another explosion possible, as the title itself suggests it. We have already seen a nuclear catastrophe, and it looks like there is more than that. Therefore, the researchers will try to follow as many as safety measures they can. Also, there will be more about the characters, as the story will evolve through characters and how do they respond to the tragedy. Now, let’s discuss more the next episode ahead!

The show is now three episodes deep into the new show Chernobyl, and the four episodes are supposed to release this week. The fourth episode of Chernobyl season 3 is projected to premiere on 27 May 2019. The show is broadcasted on the HBO channel at 9 PM on Mondays. The next episode is titled ‘The Happiness of All Mankind.’

Apart from the traditional broadcast, viewers can opt to watch the show online as well, and the best way to watch any HBO show is to use HBO Go and HBO Now apps. Additionally, other online streaming service providers such as Hulu, Roku, and Sling are also helpful to watch Chernobyl online by streaming HBO.

The next episode will be all about the aftermath of the nuclear calamity, and it would be interesting to see how all the characters deal with it. Valery Legasov would be working with Soviet Deputy Prime Minister Boris Shcherbina, to use lunar drivers for removing debris. On the other side, Ulana Khomyuk will face problems while trying to find out the root cause of the explosion.