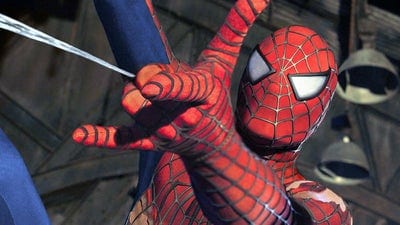 Earlier Marvel released a new teaser which got the fans talking. The teaser is the number four written in a spider’s web. Marvel hasn’t revealed what that means yet. The spider webs hint towards that it has something to do with Spider-Man or the Spider-Man family. The “four” has got many people thinking that it is related to the Fantastic Four.

So, this hints towards a possible project that will see Spider-Man and Fantastic Four teaming up. It is not a new thing to the fans as Spider-Man is close with them. It isn’t going to be recruitment but, it definitely seems that a team up is in order.

This is one of the possibilities. Another possibility is that Marvel might actually be teasing Spider-Man 4 movie. Back in 2007, Spider-Man 4 began development. The movie would have been the fourth movie to be directed by Sam Raimi and with Tobey Maguire playing the role of Spider-Man and Kirsten Dunst playing Mary Jane Watson.

The movie would have actually set up the second trilogy of Spider-Man movies. However, the plans for the project fell through. Sony Pictures canceled the project in 2010, and they started working on the Amazing Spider-Man reboot.