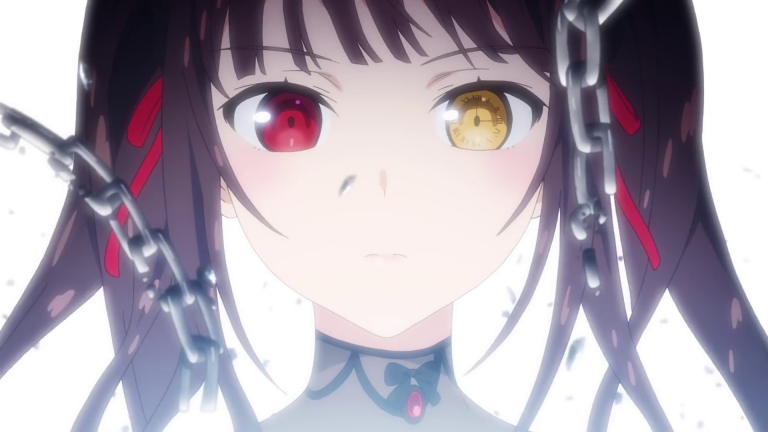 In this post we’ll be talking about Date A Bullet which is an upcoming movie spin-off from Date A Live. This year might be the worst the one of all but it doesn’t seem for the anime industries.., for the Movie of the most popular series, “Date-A-Live” is here, with featuring in main the best girl of the series. Tokisaki Kurumi. Moreover, the Movie will be of two parts and both will release in this same year. The Plot theme is like a battle royal genre. The movie is from the Date A Live Fragment: Date A Bullet light novel written by Yuichiro Higashide and illustrated by NOCO. It was released on March 18, 2017, under Fujimi Shobo’s Fujimi Fantasia Bunko. six volumes have been released in Japan. This series made a total circulation of 6 million copies worldwide.

Girls who are called spirits that manifest themselves from the neighboring world different from this world and bring disasters to the earth, some are innocent, some seek salvation, and some girls for their own purposes Continued to kill his heart. The third spirit, codenamed Nightmare.

Kurumi Tokisaki, the worst spirit with and numerous mysteries that exercise a mighty angel “Zafkiel” in a timeless manner, and reaches its actions, thoughts, and purposes. It was a corner of the neighborhood, where no spirits exist.

Neighbors, A world where spirits once possessed the power to call a disaster.
However, the spirits have already disappeared from the neighborhood, and it was the battlefield for girls called “quasi-spirits”. The spirit of spirit, Tokisaki Kurumi, woke up there…Why are you here and how did you come… What’s the point here? A voice that echoed in the dye

You can check the latest trailer here: