We are back to the love story between students let’s see how things are going on in the Island. Nariyuki gives the Doha-Chan Land Invitation tickets to Kominami she thanks him saying that she can’t accept it. Kominami told him to invite someone since she will be busy. Later Nariyuki is enjoying the hot springs alone and an old geezer who was saved by Kominami earlier appears.

He told Nariyuki that he can check the hot springs in the woods back at his place. That how he will be thanking Nariyuki for helping him deliver the ice the other day. Nariyuki is happy that the old geezer is treating him well and he is accepted as part of the Island community. Nariyuki is busy thinking about Kominami and every moment they spent together since they have arrived on the Island. He is finding it hard to face Kominami after kissing her and he is regretting everything he has done. 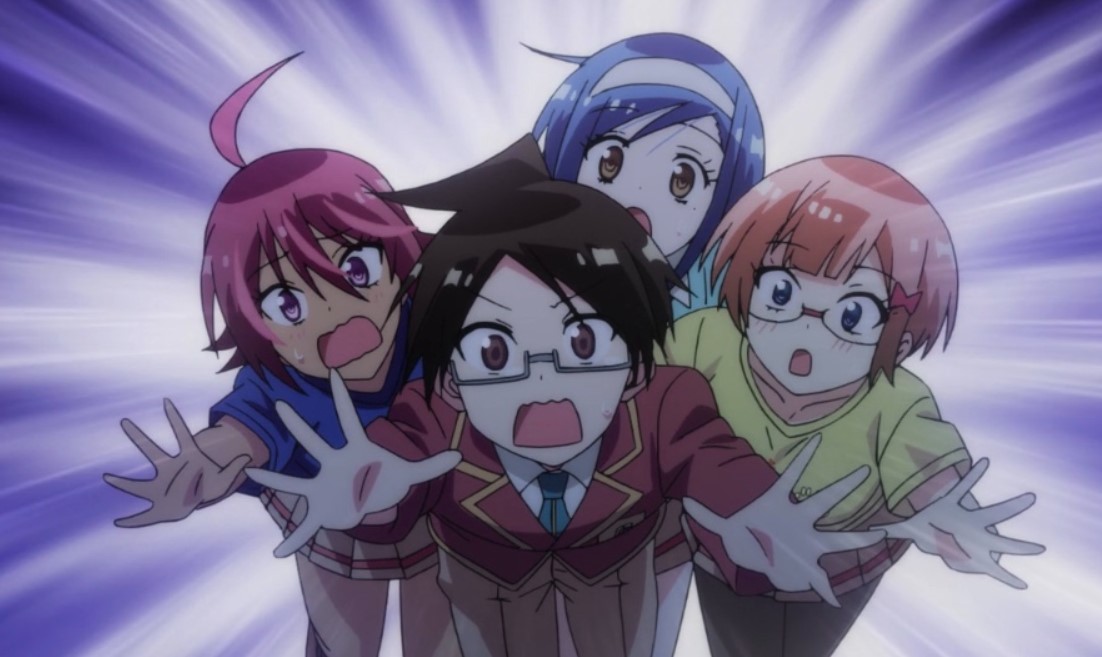 Previously on We Never Learn Chapter 173

Nariyuki decides that he should apologize for everything since he got carried away and Kominami is distancing herself from him. Nariyuki reaches the secret spot at the old geezer’s place. He can’t see properly because of the steam and he asks if there is someone but no one replied. Suddenly Nariyuki is surprised to see Komionami and they are both inside the same hot spring. Nariyuki apologizes and he tries to look for his clothes and he can’t find them.

Kominami told him that it doesn’t matter and she hides him inside the water since she heard someone coming. Shima and Hurumo show up and said that they heard someone’s voice. Kominami replied it may be chatting monkeys nearby. Nariyuki is hiding under Kominami’s leg and he can’t control himself and Shima and Hurumo thinks that they are no men around them. They talked about the kiss from the festival. Kominami notices that Nariyuki can’t breathe inside the water she puts her mouth and kiss him.

Shima and Hirumo are surprised looking at what she is doing and they are not aware of anything. They ask her why she keeps on going underwater and she replied that its nothing. Later after the girls left they both get out and went home. They talk about everything that happened and Kominami thinks she can’t tell how she feels about him. She teases Nariyuki saying that she thought he was there to spy on women and he should have told her that the old geezer invited him.

You can catch this Manga on VIZ Media and Shueisha’s Manga plus official platforms. Raw scans for new chapters are released 2-3 days before their respective chapters are published. To support the Manga creators and publishers, we advise you to read the digital copies from their official websites and apps.