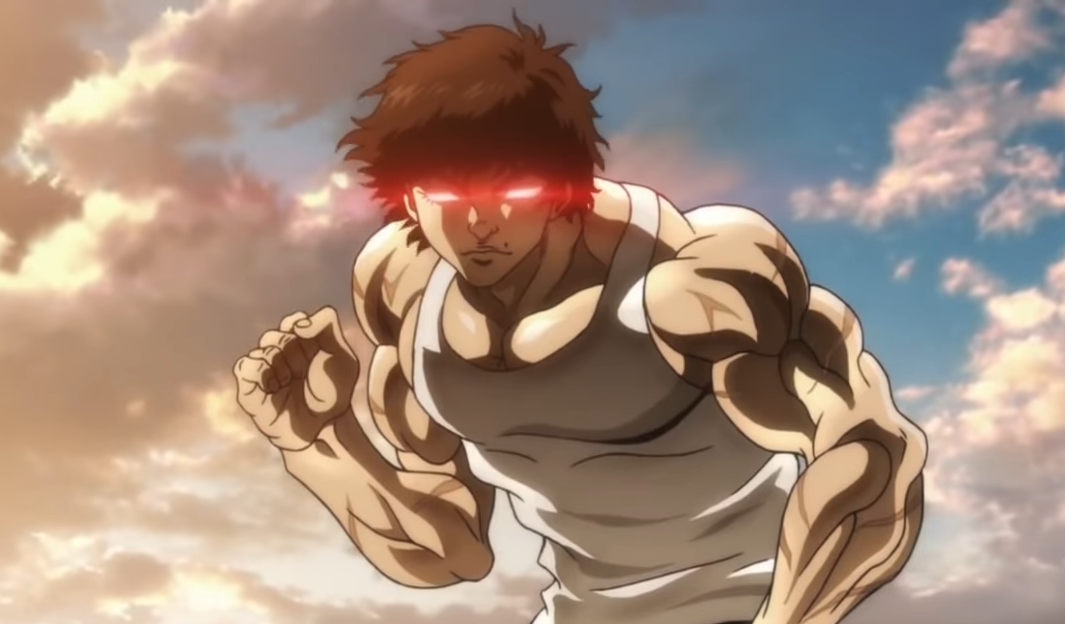 It’s official! The muscle-crazy characters of Keisuke Itagaki’s Baki The Grappler franchise are once again back in Netflix to flex their strength. With a war brewing up between Baki and his father, can we finally see the end to this long-running rivalry of father and son? In the third installment of the Baki anime, we will meet another interesting character.

According to Baki Anime’s official Twitter account, Baki: Son Of Ogre Part 3 will be distributed once again by the famous internet streaming platform: Netflix. The platform started housing the anime adaptation of this series in 2018 by covering the Most Evil Death Row Convicts Saga way back in 2018. Just this year, the Great Chinese Challenge Saga and the Godlike Clash of the Kids Saga was released. At the end of the anime, Baki challenged his father once again, years after their first ever fight.

In Baki: Son Of Ogre Part 3, there are tons of exciting fan-favorite arcs which will be animated for the first time. This includes the gang’s fight against a pre-historic man who has been preserved and revived from a dinosaur fossil. In addition, Baki will get himself jailed to fight one of the most powerful fighters from the United States.

There is no update confirmed yet for Baki Part 3, but it is expected to be broadcasted by TOKYO MX1 in Japan and Netflix worldwide. Here’s the latest video preview released by the official TMS Youtube channel.

Baki The Grappler was first animated in 2001, which lasted for two seasons. The English-dubbed version was aired by Funimation worldwide in 2006. The manga series has been running since 1991 and already accumulated 137 volumes with five main manga parts: Grappler Baki, Baki, Baki Hanma, Baki-Dou, and New Baki-Dou, which is still running up to this day and currently has five volumes.