Vikings, the historical drama that wreaked havoc on the television when it started airing on the 3rd of March, 2013, is now set to wrap up the series once and for all. The series, which Michael Hirst created for the History Channel, will officially start airing its second half of the sixth and final season on Amazon Prime Video starting on 30th December 2020 in Ireland, soon followed by History Channel in Canada. When the show’s creators announced the announcement of beloved historical drama coming to an end, it was also revealed that Micheal Hirst and MGM Television were planning to come up to do a spin-off or sequel of the original series with writer Jeb Stuart. Thus, On the 19th of November 2019, it was announced that the series title, “Vikings: Valhalla,” will soon be arriving on Netflix, and the plot will be set after a century since the events of the original series.

Micheal Hirst On The Upcoming Sequel Of The Vikings 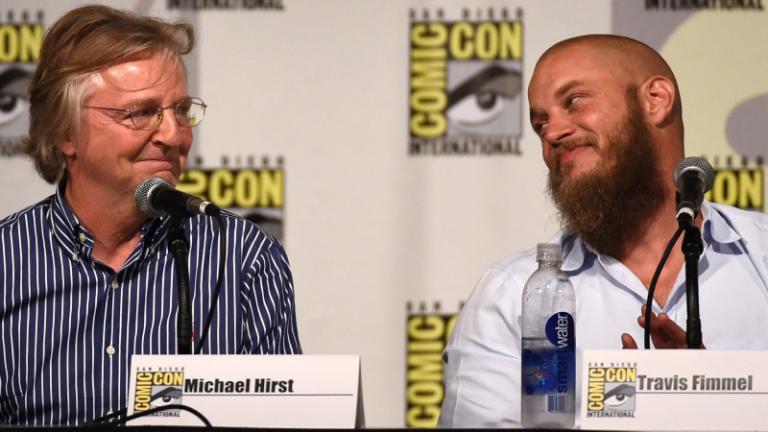 Micheal Hirst, who created and wrote every episode of Vikings, is one of the most important reasons why the series became so successful and popular. During an interview with The Collider, Michael Hirst got into a huge conversation talking about everything ranging from behind-the-scenes stories to why he thinks that the sixth season is the best to date and why he has decided to wrap the series at its peak. In the same conversation, Michael Hirst gave insights about the upcoming sequel of the show titled “Vikings: Valhalla,” created by Jeb Stuart and Michael in an executive producer.

Vikings Valhalla, acquired by Netflix, will be set a century later after the original series’s events and streaming on the OTT giant somewhere in 2021. Michael Hirst revealed that he believes that the popularity of the series caught the attention of Netflix, and thus the OTT platform was so eager to work with the creators of Vikings for a sequel. Michael Hirst quoted, “Apparently, they just said, ‘Look, we’re not even going to filter out content, we just looked at your audience figures, where you are across the world, and we’d be stupid not to do it.’ So it is a tribute to what was achieved over the last seven years.”

Furthermore, talking about the story of the upcoming series, which will be set a century later, Michael Hirst addressed if the characters will be forgotten as according to the plot of years later, it means they are dead. Michael Hirst stated in a long explanation how the characters might be dead, but they aren’t forgotten and told how the series brought so many mythical legends to life and how people will go back and read about them for years to come.

Also Read: 10 Shows to Watch if you liked Netflix’s ‘The Witcher.’ 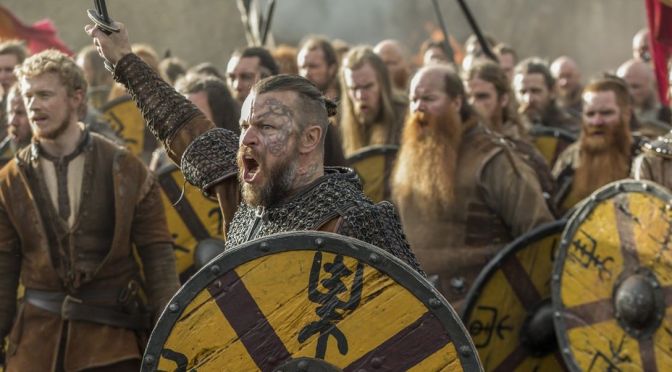 When asked about who will be part of the upcoming sequel’s story, Michael Hirst revealed that it would range from Harald Hardrada and Eric the Red and some more familiar Viking names. When asked about the Hirst addressed how they shot the first season in the same studio back in Ireland with around 30 Covid workers and how Jeb Stuart, who is known for writing thrillers, will showcase the series differently.

Also addressing if the series will be bigger than the original Vikings, Michael Hirst started comparing it to final episodes of the original series, set to air soon. The story will be quite different from the previous one. Michael Hirst addressed how the story will see Vikings going back to Kattegat and taking most of England and how the conflicts between Christian and Pagan will become internal because of half of Viking Kings who converted to Christianity. According to Michael, Christians battling the Pagans will be the center for the upcoming sequel of Vikings.

So far, we know that a 24 episode sequel to the Vikings titled “Vikings Valhalla” will be arriving on Netflix soon in 2021, created by Jeb Stuart and Michael Hirst, serving as an executive producer. Vikings’ final season will start streaming on Amazon Prime Video starting 30th December 2020 in Ireland, followed by History Channel in Canada.