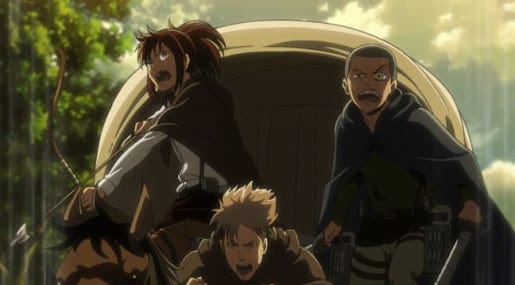 Attack on Titan Season 3 Part 2 is heading closer, and fans are very excited to see what it has in store for Eren and the other members of the Survey Corps. As we saw previously, they’re now moving towards Shinganshina district, and the plan is to retake it.

They want to eliminate all the Titans from the area and destroy the Colossal Titan, Beast Titan, and Armored Titan while they’re at it. This spells trouble for the Survey Corps because this is a tough task to accomplish. At the same time, this needs to be done if they want to find out if the truth about humanity.

Every secret lies in the basement of Eren’s house, and they have to get there anyhow. Most of this will take place in the upcoming season of Attack on Titan, and I can wait for it to begin.

Firstly, we will see the Survey Corps going up against the Titans, and of course, it will be an arduous task. Some of the very best warriors of humanity will fall because the Beast Titan is just that strong. However, Levi will take care of him.

The Armored Titan will retreat in total defeat, and the Colossal Titan will fall as well. At the same time, we will see the secrets of the Titans and what they want and how they came to be in the first place. We will also find out all sorts of secrets about the Island that is Paradise, and this will open up an entirely new world in the series.

Attack on Titan Season 3 Part 2 will come out in April 2019. We expected aclose to the beginning of the month, but that’s not the case at all. To be able to watch it, we’ll have to wait till 28 April 2019.

Are you excited for the upcoming season of Attack on Titan? Let me know your thoughts in the comments section!