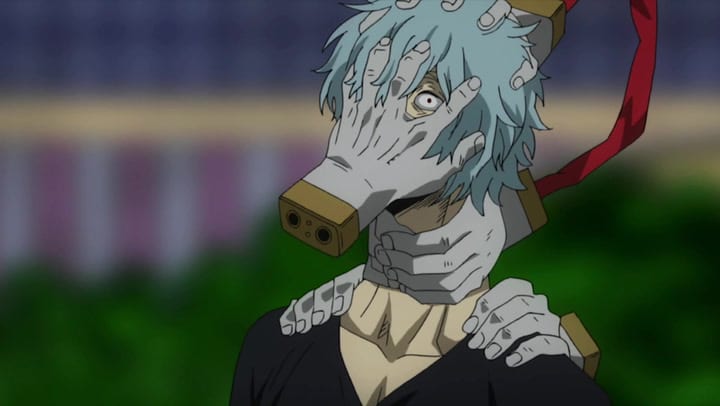 Boku no Hero Academia Chapter 221 was just as good as the previous ones, and I expect the same from the upcoming few chapters too. In the previous chapter, we saw the official introduction of the doctor/scientist as a personal aide of All For One. This has been speculated in the community for way too long now, but has only now been proven.

What’s more, we also found out that Gigantomachia is the same as the doctor, and one of the loyal servants of All For One. Before giving their help to Shigaraki, they want to see what he’s made of and if he’s truly capable of succeeding All For One. That’s exactly what we’ll find out in the upcoming chapter of My Hero Academia, so let’s discuss it. Before we begin, I want to let you all know that this post contains official spoilers from the next chapter itself. There is stuff that you probably wouldn’t want to know if you don’t like spoilers. If you hate being spoiled, I suggest that you stop reading the post here. However, if spoilers don’t bother you, we can get started.

By the looks of it, it seems we’ll be focusing a lot on Shigaraki Tomura. We haven’t really any major spoilers pop-up this week for some reason, but out sources tell us that Shigaraki will be making an interesting decision which will change his character quite a bit. Up until now, he’s always been the guy who wanted to destroy All Might, and end Heroes. How, he has a bit more to him.

There’s conviction, and there’s also a source, now that the doctor is behind him and has created all these weird Noumus too. I’d like to think that the next chapter will give us some details on the Quirk Liberation Army as well. It’s been a while since we’ve seen them now. We need to see if Giran is dead or not. This chapter will likely reveal his fate to us.