by Meshack Makungo
in Anime, News
0

Out of all the Animes with few fan base, I gotta say that Murenase! Seton Gakuen, or as it is popularly known as “Come Together! To The Seton Academy” is probably raking amongst the most popular ones. It is not an Anime one would take seriously but its quite interesting. Like the curly fry that you would rarely come across. Nonetheless, the second season has been greenlit. So in this post, I am going to talk about Muranase! Seton Gakuen Season 2 how it came to be and possible spoilers as the firs Season left us hanging.

For those who are quite familiar with this anime, it has been adapted from the manga of the same name which managed to publish 8 volumes with Studio Gokumi. Well, im sure that now im in deep Otaku language, at least this is the anime that is popular mostly amongst Otakus. Like it would be very difficult to find someone new in Anime talk about this show. It’s on the same genre as Beastars and Africa no Salaryman. So, of course, its deep stuff that only true Otakus could understand. Speaking of Studio Gokuni, they also worked on Tsurezure Children, so you can use that to gauge how good an animation studio they could be.

So far there is no official update confirmed, Seton Gakuen Season 2 is likely to premiere in Summer 2021. A one episode special by the name Murenase! Seton Gakuen Special is already scheduled for a release on 13 July 2020. So this could be another progress towards the development of Season 2. The way things ended in the season finale one could say that this is not where it all ends. It was more of a cliff hanger. So it is likely that Season 2 will premiere together with another new anime season by Summer 2021. 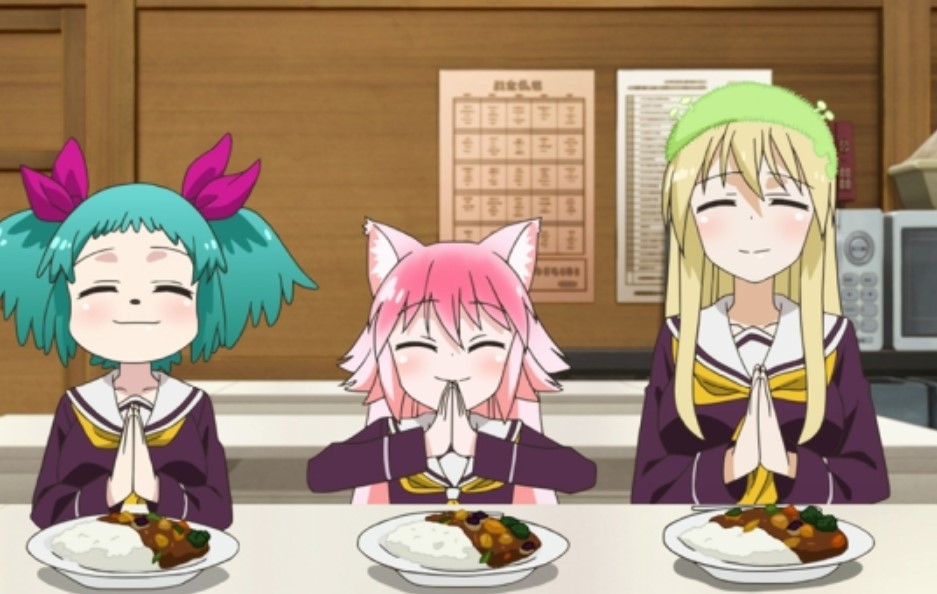 Animes like Muranase! Seton Gakuen usually collects its fan base gradually. It is that anime that you think that not a lot of people watch but you will keep seeing it popping on the radar of ongoing anime every now and then. The story is quite good adding some sense of slice of life into it. This, together with a well-balanced action in the storyline makes it turn to be a good story in the end. Keep in mind that we will keep you updated with the latest news about Seton Gakuen Season 2. So make sure to regularly visit our site for the latest news.

What Will Happen In Muranase! Seton Gakuen Season 2?

Season 1 of Muranase! Seton Gakuen had revealed a story development that was quite interesting. But too bad the season had reached its originally planned episodes and with this, we are left looking forwards to more things. In Episode 12 of Seton Gakues, Jin had found out that Anne is a Neanderthal and not a human. More developments then followed, like when the wooly mammoth was revealed to be an illusion. To add more to that, the real boss of Team Ex is revealed to be Koorimoto Man, who is a tiny mammoth girl.

Interactions between the characters continue as Koorimot faces Ranka in a boxing match. Kuroe became the referee of the match as Anne fights to convince Koorimoto that humans are not as evil. After breaking up their friendship, Ranka managed to defeat Koorimoto. Team Ex then made amends with everyone just when Seton Academy suddenly becomes under attack by the giant insect students of Fabre Academy.

Seton Gakuen Season 2 will see the start of the fight between the Seton Academy students and Fabre Academy’s students as they have now declared war against Seton academy. This will further develop their relationships between seton academy students as they were just in conflict with each other. But now that the Fabre academy is attacking, they will have to work together to defend their Academy.

Where To Stream Muranase! Seton Gakuen Sub and DUB?

The subbed version of Murenase Seton Academy has just ended and you can currently do a rewatch on Crunchyroll, VRV or Ani-One. There is currently no news regarding any dubbed version of the Anime. But that will just be a matter of time as most Dubbed version of most anime’s usually starts just when the season has ended. So we will also bring you more updates as soon as more news is announced on that end.

Car Masters: Rust to Riches Season 3 – All You Need to Know