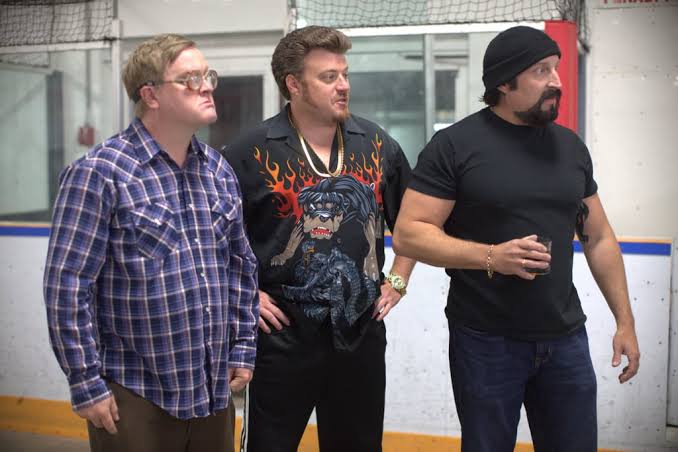 In this post, we are going to talk about Trailer Park Boys season 13 update, where to watch, and spoilers. As we know, the show has faced a lot of problems to reach the stage where it is right now. The show premiered back in 1998, and it was situated in Nova Scotia of Canada. The show completed seven seasons on Showtime when the show got canceled.

After some time, the main cast members Robb Wells, John Paul Tremblay, and Mike Smith, the actors who played Ricky, Julian, and Bubbles in the show, bought the rights of the show. They gathered their money to buy the rights and then started a streaming service called ‘Swearnet.’ They collaborated with Netflix to continue the work.

After successfully surviving the big problem, the show came back to the limelight and even had spin-off shows! Nobody would have thought that the show would be as popular as it was now when it premiered. However, the good days were again hurdled by the death of John Dunsworth. The unexpected death shook the team, and after the incident, no news about the show has been provided. However, many are claiming that the show has even completed filming.

John died soon after the twelfth season completed production, and it would be his last appearance! It has been confirmed that nobody would play his role even if the show continues. So, will there be the thirteenth season? If the show has completed filming, and the rumors are right, then we would see the show back soon!

It has been almost a year since the last season was released, and we still do not know anything about the future of the show. Nevertheless, if the show has completed shooting, we might see the show in March 2019. If the show still has shooting left, it would be hard for the producers to release it in 2019, and we can expect it in March of 2020. Majority of the cast members would return except, of course, John Dunsworth.

According to me because, this should be the time of ‘the real’ show to be coming on air rather fans got an animated series, although it’s amazing to see John back in an animated manner and brings back much memory. It’s also a big question about how this animated version fits into the regular show.