Bundled with the tenth limited-edition volume of Blood Lad manga, the Blood Lad OVA is the continuation of the original series and begins where the show had left. If you have watched the anime, you know that it ended with Staz taking Fuyumi back to the demon world to resurrect her as a human as she agreed to Staz’s offer.

This OVA continues with the premise of the old show and portrays what happens after the approval by Fuyumi and where did she and Staz go holding hands. Staz decided that he will head towards the Demon World’s Acropolis, where his brother was so that his brother can resurrect Fuyumi. However, Staz gets an unwanted company that calls themselves ‘Vampire Hunters’.

The story progresses with these Vampire Hunters hunting down Staz to kill him and make their name Vampire Hunters. Can Staz and Fuyumi overcome this group and reach their destination, Demon World’s Acropolis, in one piece? Well, watch it yourself if you want to know. But if you have watched it yourself, allow me to give you my thoughts on this OVA and understand its significance to the plot.

The story has followed the usual path of Staz facing problems while attempting to resurrect Fuyumi. However, this time around, the opponents are not only high in numbers but quality as well. They have fantastic teamwork and somehow manage to corner him pretty quickly. That’s rare! 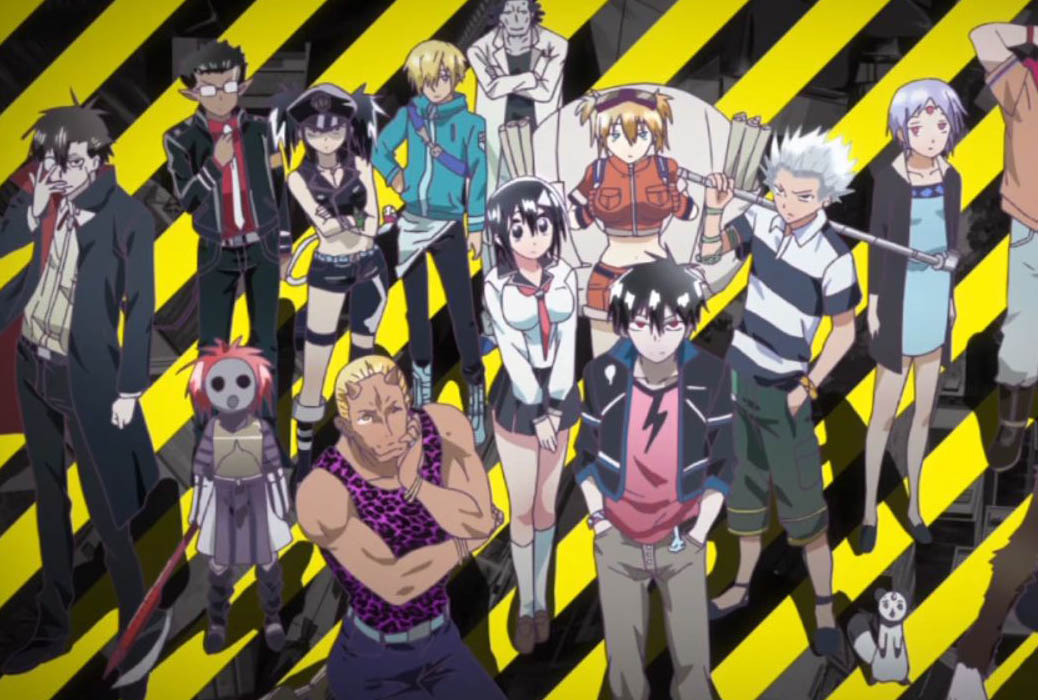 Not to mention that this OVA gave us a vivid idea of what could happen to Fuyumi if she relied too much on Staz’s blood. This explanation was necessary as it highlights the importance of Fuyumi’s resurrection. A story filled with humor and fun for viewers to lay back and enjoy. It also offered us a direct idea of what happened after Fuyumi accepted Staz’s proposal (not that proposal), which was the cliffhanger in the series itself.

The OVA had fight sequences in it, and there’s no denying that they presented those fights in a pleasing manner. The choreography was good, and one can admire the direction of those fights. Mythical action, in other words, a story using mythical powers and not hand-to-hand combat, was prevalent in the episode. The comedy scenes were also displayed attractively and engagingly. Blood Lad has always prioritized good comedy, so based upon its predecessor, the OVA did an excellent job.

A nicely animated and appealing art style can be enjoyed in this episode. Nothing disappointing, and the fights were animated well. The art style was good for a comedy-oriented show, and there’s no denying that it complimented the series fairly well. The character designs were good, especially the new ones, and their face structures remained as they should be.

With Staz and Fuyumi, a group of new characters we’re brought into the series. As stated above, they are known as Vampire Hunters, and they had great designs. Their leader is the one who outshines everyone else as his share of humor was very enjoyable and entertaining. Not to mention that the other characters had hilarious personalities as well. For instance, Roi and his sleepy attitude gave some excellent moments for us to laugh upon. In general, every character was lively and delightful.