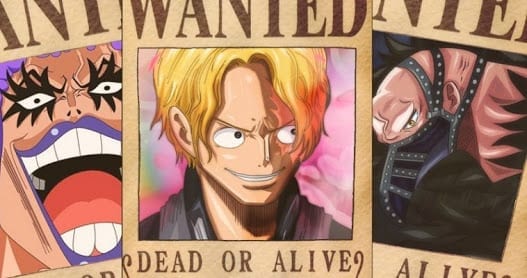 One Piece has officially entered the Reverie arc now, and we cannot wait for it to get better. Having read the manga, I can say the next few episodes are going to be absolutely incredible. While the last two have been stretched, the next two will be the exact opposite. They’ll have a lot of detail, but they won’t have any flashbacks to drag the episode out. As some of you may know, the next episode of One Piece is about the Commanders of the Revolutionary Army. So, let’s start talking about it.

Before we begin, please note this post will contain official spoilers from the Boruto anime. If being spoiled is not for you, I suggest that you stop reading the post here. However, if spoilers don’t bother you, we can get started. Also, note that we did not create the spoilers or leaked them. They’re available all over the internet.

One Piece Episode 880 is titled “Sabo Appears! All Commanders of Revolutionary Army Go Into Action!”. As the title suggests, it’ll be entirely focused on the Revolutionaries. We’ve seen so little of them that at this point, the upcoming episode seems like a landmark for One Piece. In the next episode, we’ll be introduced to the four main commanders of the Revolutionary Army. They’re named as follows: Karasu (North Commander), Belo Betty (East Commander), Morley (West Commander), and Lindbergh (South Commander). Together, they’ll liberate an area by giving power to the people. At the same time, we’ll see them meet at Momoiro Island, and there they’ll decide to declare war on the World Government, once and for all.

One Piece Episode 880 airs tomorrow, April 14, 2019. You can stream it on Funimation. What are your thoughts on the Reverie arc so far? Let me know your thoughts in the comments section!