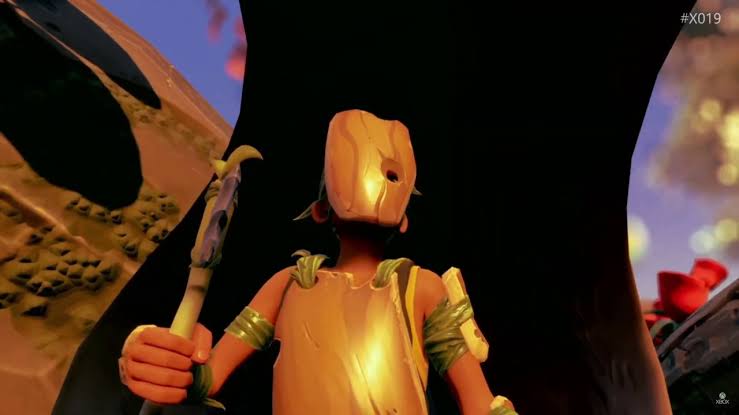 Obsidian Entertainment is back with another game. This new game is titled Grounded. Its genre is action, adventure, and early access. The game is being published by Xbox Game Studios. It is one of the most talked-about games of the current quarantine time. In this post, I’ll be talking about the Grounded other essential details regarding the game. Also, spoilers about the game are part of this post, and this is a quick spoiler warning for all of you who don’t like spoiler content. Without delaying the post any more, let us begin discussing the topic.

So, what is the basic crux of the story of this game? The story of it is pretty simple, as we know how big Earth is and how dangerous and how beautiful it is at the same time. Everything around in the game will seem bigger because the players of the game are shrunk down to the size of an ant. Yes, that is right; the players of this game will get to see the world from an entirely new perspective. Not only that, but this also means that even normal day-to-day things that we used can kill you easily. The survival in this game is very difficult. Players have to use their surroundings to their advantage if they want to keep on living in the game. This is indeed a pretty interesting game, and I’m sure many fans will be eagerly waiting for it to come out.

Grounded game will be released on 28 July 2020. The preview of Grounded is out, and we’ll also share that with all of you below. It was via this latest preview that now we know the update of this all-new game. On the said date, you will be able to play the game after buying it via Xbox One, Xbox Game Pass, Xbox Game Pass for PC, Microsoft Store, and Steam Early Access!

There is also another way you can play this game way before its official and that is via the Xbox Insider Program. Once you sign up for this insider program, you will get access to the game before it is released. Xbox Insider Program is used to test the games before their actual release. So, keep in mind that if you sign up for the game, you could face numerous bugs because, as expected, it will not be a fully finished product that you will be using.

Now, let me share the preview of Grounded with all of you.

The preview of the game looks very interesting, as mentioned above, and now you can see from the clip that the player somehow gets shrunk and has to adapt to his surroundings in order to survive. Small bugs can eat you, the grass seems like skyscrapers, and home seems far away. Most importantly, the device that can revert the player back to his normal self is just broken. For a while, the player just has to make a new tiny home, tiny armor, tiny clothes, and everything from scratch in order to survive. So, what do you think? Can you play this game without dying?

It is headquartered in Irvine, California. This game developer company is actually a subsidiary of Xbox Game Studios, who acquired the game developer in 2018. Obsidian Entertainment was originally founded in 2003. The founders of Obsidian Entertainment are Chris Jones, Darren Monahan, Chris Avellone, Chris Parker, and Feargus Urquhart. The total number of employees that this company has been 200.

Pathfinder Adventures was released in April 2016, and Tyranny was released in November 2016, Pillars of Eternity II: Deadfire, which came out in May 2018, The Outer Worlds, which was released in October 2019 and finally Grounded which is set to be released on 28 July 2020.

Let us know your thoughts regarding the Grounded update.