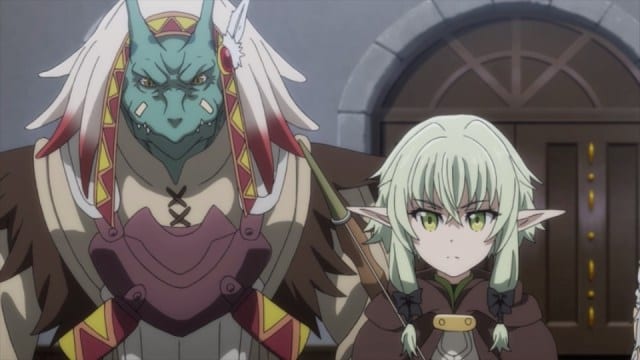 Goblin Slayer was an excellent anime despite what a lot of people have called it the worst anime they have seen. The anime was done perfectly, and I don’t recall it having any major flaws.

The anime is based on the light novels written by Kumo Kagyu and illustrated by Noboru Kannatuki. The novels were later adapted into a manga and then finally into an anime.

Synopsis:
Every ten years, the Demon Lord returns and gathers an army of monsters to rule the world. But, Goblin Slayer isn’t interested in other monsters. He just wants to kill goblins. His life was ruined when goblins raided his village and killed everyone. So, he decided to dedicate his entire life to just one lone purpose, and that was to kill goblins.

The characters in the anime don’t have any names. Goblin Slayer originally starts as a lone ranger but, with time his party grows. Towards the end of the first season, a title card which said that Goblin Slayer Will Return appeared. It is worth noting that the first season didn’t adapt much of the source material. So, there is a possibility that the show would return for a second season.

But, there is no news about how much time will it take for the second season to be animated. Recently, the movie Goblin Slayer: Goblin Crown was released on May 26th, 2019. I think it is fair to say that we might have a second season in 2020. Albeit it won’t be doubtful that a second season might come out in late 2019.