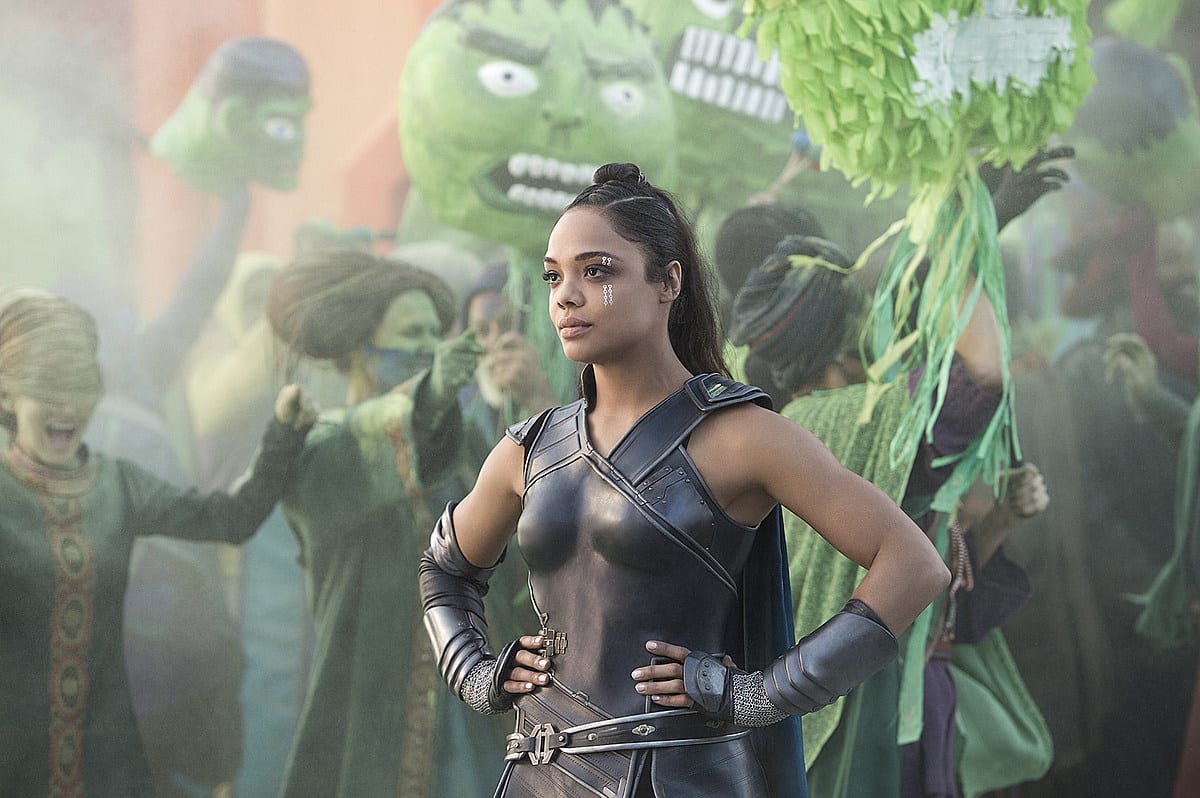 Tessa Thompson’s Valkyrie is going to be MCU’s first-ever LGBT hero, as has been confirmed by the boss, Kevin Feige himself.

Kevin Feige has stated that Tessa Thompson will be officially in an LGBTQ storyline, which derives from Thor: Love and Thunder. History has been made as the MCU finally gets its own LGBTQ hero. But we didn’t see something on similar lines in Avengers: Endgame before. In the said movie, the MCU’s first openly gay character was introduced. We are talking about the cameo from director Joe Russo. Russo played a man in a support group run by Steve Rogers, getting therapy for dealing with the fallout of Thanos’ snap.

Sure, this wasn’t a huge role, but a gay character in the movie sets the stage for something bigger, it did set the stage for the appearance of an LGBTQ lead, in any MCU movie. Thor: Ragnarok had hinted something controversial at the time when things were unconfirmed about Valkyrie. There was a scene removal wherein a woman was emerging from Valkyrie’s bedroom. He meant that a sexual encounter had happened the night before. Thompson wasn’t too happy about the removal of this scene.

The actress herself has confirmed that she will always play the character as bisexual. Therefore, Thor: Love and Thunder, all aimed at normalizing the pattern. At the SDCC, while addressing to io9, Feige himself said that Thor: Love and Thunder will feature Valkyrie’s hint for love, she is the new ruler of Asgard, and those amongst the surviving refugees of Earth’s New Asgard.

Tessa is more than thrilled for the part, and so is Kevin. Kevin finished off by saying that, Tessa’s inclusion is not only important for Thor but also as a part of larger MCU. How her sexuality pans out and what it means for the story, remains to be seen.