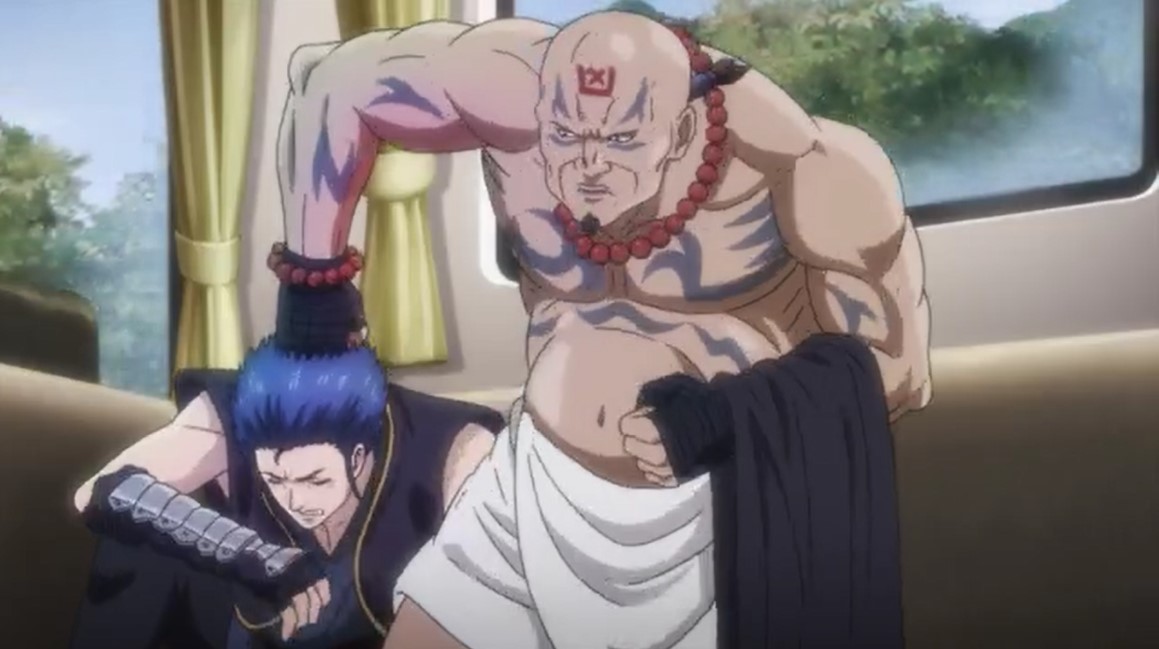 Kathleen is still fighting Gibia monsters with the help of two powerful samurai and Monk. Kathleen is recording Monk who said that his name is Onikura Yukinojyo. He trained as a warrior monk from a young age. He spends his days dedicated to training without touching a woman at his current age. He always dreams that one day he will have a family. He wants to live a peaceful life when the war ends.

If he had died as a warrior back in the past it would have impossible for his dream to come true. Since he is here in the future he wants to achieve his dream and Kathleen promise that he will. Yukinojyo promise that he will protect Kathleen until the day of his dream comes. Sensui, Kanroku, and Yukinojyo are standing on guard watching the Gibiate monsters approaching them.

In this post, we are going to talk about Gibiate Episode 6 preview, and a recap of the last latest episode. The Gibite monsters are in numbers the want to infect Kathleen and her crew with the Gibia illness. You will get more details down below, take a look at the Anime schedule below.

Gibiate Episode 3 will be released on Wednesday, 19 August 2020, at 10:oo PM JST. The latest new episode of Gibiate is released every Wednesday. For you to get it by the time it is released you can convert the Japan time to your local time. Take a look at the recap of the last episode and preview below. 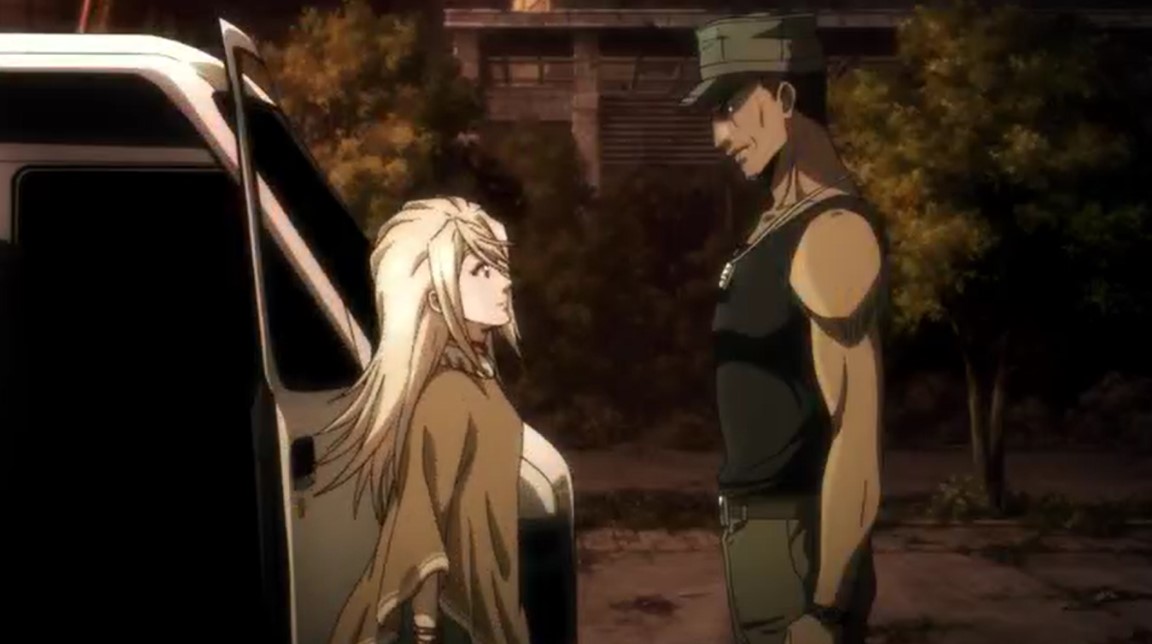 Kanroku manages to capture the flying Gibiate dragon using his powerful strings. Yukinojyo uses his weapon and hits it while sending it away. Suddenly they notice that the tiger monster and the wolf have appeared. The tire of the bus that they are using it is releasing the air. The doctor is trying to make the bus move but he is falling with the help of Kathleen.

The situation becomes worse as the number of monsters started increasing heading towards the bus. Adam went out with a remote bomb running towards the monsters that are coming on his way. Meanwhile, Kanroku manages to tear one of the dragons into pieces. Adama sacrifices himself and bombs himself with the monsters because he knew that he was already infected.

He uses the C4 pack explosion to save Kathleen and others who are not infected. Since Brian is already dead he promises that he is coming soon to be with him. Kathleen cried watching Adama dying with monsters burning in an explosion. Everyone morns Adama’s death and they leave the scene. The next day everyone is happy and Kanroku tease Yukinojyo that monk will never get a wife.

He also said that Yukinojyo might be even falling for Kathleen’s mother. Kanroku tries to convince Yukinojyo to fall in love with Kathleen’s mother Yurika. Yukinojyo keeps on staring at Yurika looking at her beauty. Kanroku said that monks will be happy to get a daughter and mother as a family. Yukinojyo punches Kanroku and said it is rude to Yurika.

Yurika smile at Yukinojyo and his cheek becomes red. Later the escaped convicts try to kidnap Kathleen and they told Kathleen crew to give them food. They won’t harm them if they do as they say and they can call them the Galients. Sensui clash with the boss and he defeats him without touching him and he told him his sword is not meant for cutting people.

Today we end our post by the latest updates above. That was all about the youtube preview and updates of the upcoming episode of this Anime. Within seven days we will be coming back with other updates of the next episode.