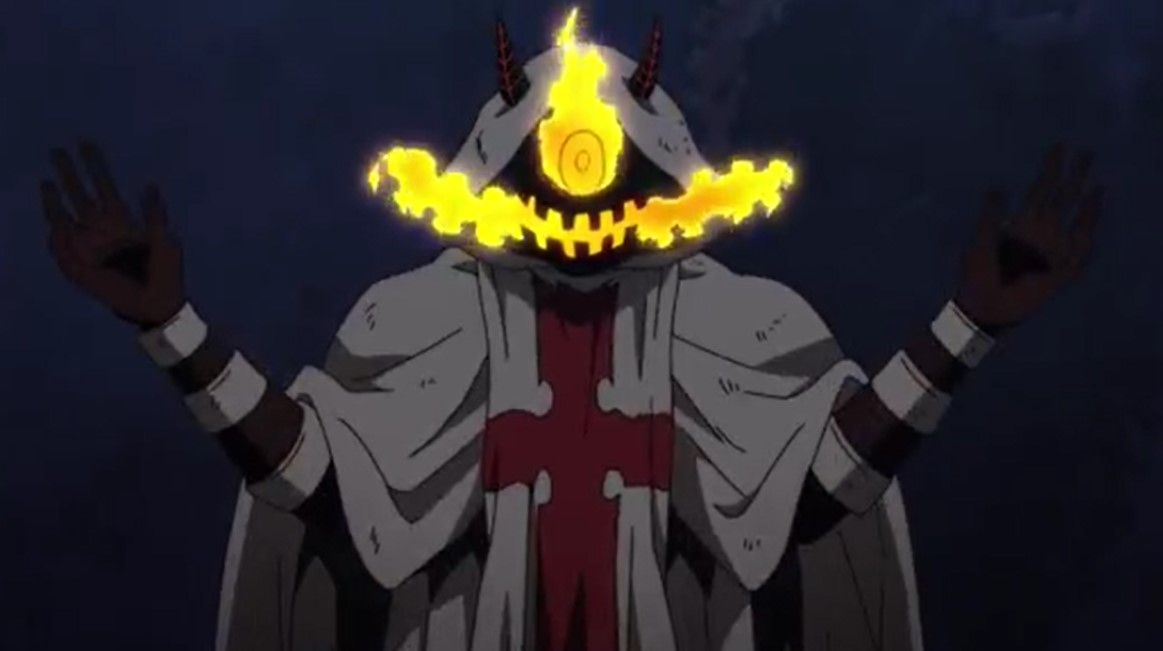 We are about to reach halfway of 24 episodes of Fire Force Season 2. Let’s see what is happening with Shinra and his crew who are out of their country. Shinra hears a voice telling him to protect the forest. Shinra’s partner said that it is like the voice uses an Adola Burst. It is coming from Tabernacle which is an inorganic object and he asks if it can perform a link. Shinra asks Scop to tell him more about Tabernacle and how long it has been there.

Scop said that Tabernacle was there before them wich their benefactor fixed it. It happened after the great cataclysm devastated the world 250 years ago. A lone traveler appeared and it was a human woman wearing pitch-black clothes. She taught Scop and other animals how to speak she also gave them the power of fire. She came beyond the spatial rift to once again recreate this world.

We are back again with Shinra who wants to protect the forest along with the livings inside it. Shinra also wants to stop the worst that can happen. This week we will be looking at Fire Force Season 2 Episode 9 update, preview, and recap. Let’s start by looking at how this Anime releases its episode below. 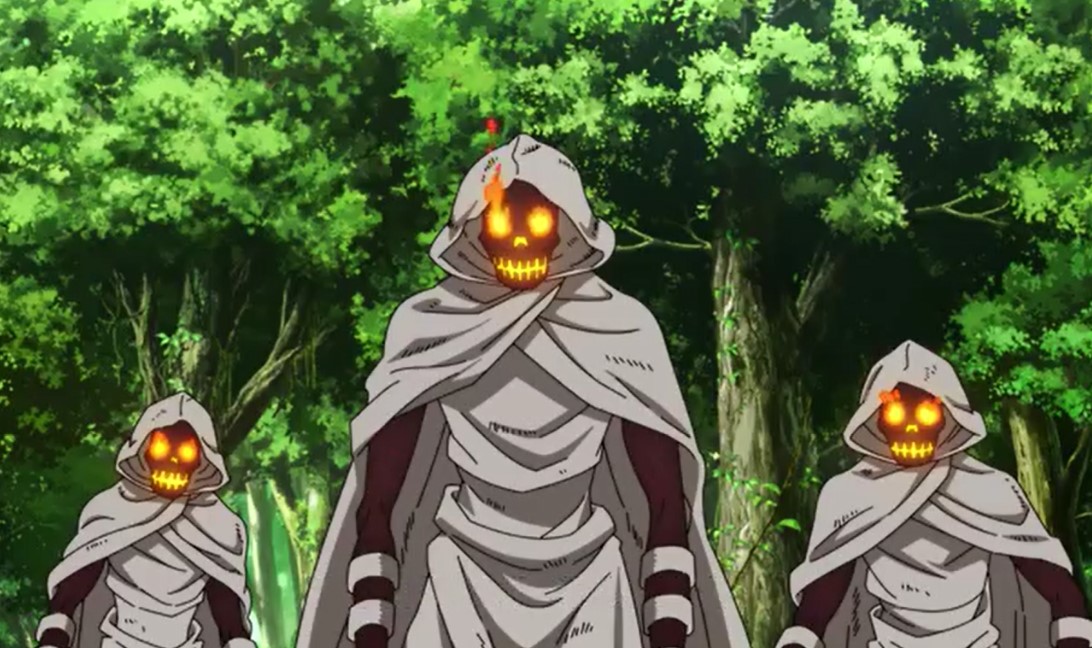 One day lone traveler repaired the abandoned Tabernacle and she then disappears. Tabernacle made the oasis to come out and keep the animal alive until now. Scop believes that his benefactor may come back again in the forest. They always protect the Tabernacle waiting for her to come back. Shinra thinks that the voice that is telling him to protect the forest belongs to the benefactor.

Shinra and his crew decided that they must investigate the Tabernacle and an Infernal appears. An Infernal charge towards them and Litch falls in a trap when he is about to die. Shinra flies using Adola Burst and saves Licht from the trap. A group of Infernals and their guards monster wolf appears in numbers. Ogini fires arrows and asks Tamaki to perform a prayer. They attack with Yoruba spear and Excalibur that destroys the infernals.

Tempe orders all the infernals to kill all humans who interfere in their plan. After defeating all the Infernals, later Shinra and his crew sneak inside the Tabernacle for their investigation. Pan, Litch, and Tamaki enter inside and they find that they are trapped again. Shinra and Ogin are outside and the Infernals have surrounded them.

They fought with them and Tempe arrives at the scene and Shinra notice that Tempe is too strong. Shinra thinks he can put Tempe to rest if he mange to get Evangelist grace with Adola link. The demon inside Shinra’s body awakens his Adola link and he became more powerful. He is ready to clash with Tempe.