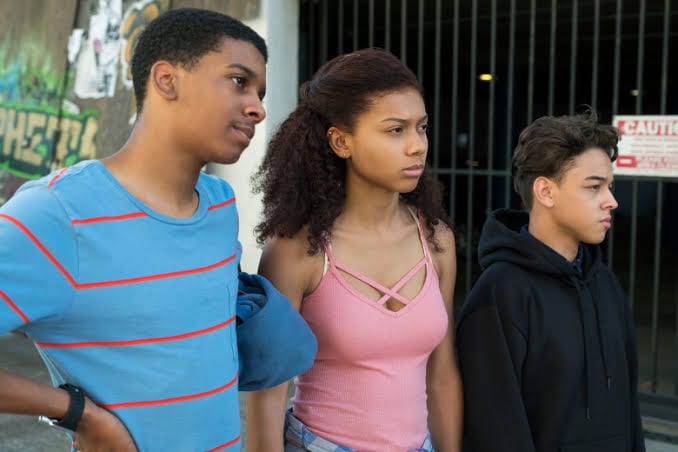 In this post, we are going to talk about On My Block season 3 update, where to watch, and spoilers. We all know that the second season has been dropped before a few hours, and it looks like the fans are going crazy over it. The trends are going only towards On My Block, and the show deserves it for sure. The second season has not even completed a day, and fans are asking whether there will be a third season or not.

Do not worry, we have you covered with all the available details of the next season, although there is nothing available as of now. But we do know that Netflix will not take much time to renew if the show performs well enough. I am expecting a renewal by April or May, although Netflix has all the authority to cancel it. Nevertheless, there is no point discontinuing it if the second season is widely appreciated, which will inevitably happen!

If the show is renewed, we might be seeing the show in next March, if the show follows its past footsteps. The first season was released in March, and the second season is also released in March. So, it would be a perfect prediction for March 2020. So, Ruby and co. might not return this year with new episodes, most probably.

The second season had featured nearly all the primary cast members from the first season, including Monse (Sierra Capri), Ruby (Jason Genao), Cesar (Diego Tinoco), Jasmine (Jessica Marie Garcia ), Jamal (Brett Gray) and Ruby’s brother Mario (Danny Ramirez). Nonetheless, Olivia is dead, and she is not returning at all. With that being said, we might also see some new faces, according to the new plotline.

On My Block’s return for the third season looks likelier than ever now. Recently, co-creator Lauren Lungenrich was talking about the second season of the show, and it was implied that the story isn’t done yet, despite the huge cliffhanger that we got at the end of the second season.

While we are, technically, still in the dark over the renewal of the show, it isn’t far-fetched to believe that an announcement will drop in the next few weeks, which will give the show ample of time for the production of the next season. Like we mentioned above, if On My Block Season 3 does happen, we expect to see it return in March 2020.

Rumors are suggesting that an announcement regarding On My Block Season 3 is coming has been picking up the pace recently. This is because On My Block Season 2 and 1, both got announced in April and it would make sense is that pattern is followed this time around too.

If the rumor regarding the update of On My Block Season 3 is to be believed, then the series is set for a return next year in March. A March 2020 update would be fitting, in my opinion.

Then again, there is nothing official that has come out yet. Hopefully, we’ll get more updates on the series’ update as we move closer to April’s end. Stay tuned.

Finally, the show has been renewed for another season. Which means, there will be more to the story of Monse, Ruby, Cesar, and the others, as the teen drama show continues. Also, the characters will grow during the period, and it would be interesting to see how Netflix deals with it. The announcement about the third season was made on 29 April 2019. Hence, they have not broken their code of renewing On My Block in April.

As far as the release is concerned, we expect the show to return in March of 2020, which I already discussed above. However, an official update would be awaited, as Netflix can do anything! No teaser has been released of the third season, and it seems like it will take a considerable amount of time to get one.

While the fans are anxiously waiting for the third season, they cannot stop what the second season wanted to explain. There were many unexplained arcs which are still bothering fans. Olivia’s death was one of them, and nobody has recovered from that shock. Who thought she would die in such a way that we would not even know who killed her.

Like that was not enough, the main four characters ended up in a trap, as some goons kidnapped them. The cliffhanger from the second season is killing everyone, and everyone wants to know what will happen later. While Netflix has not released any information related to when the third season would premiere, we expect it to release in March 2020. We also expect that it will not take much time and unravel all the big questions arose from the previous season.