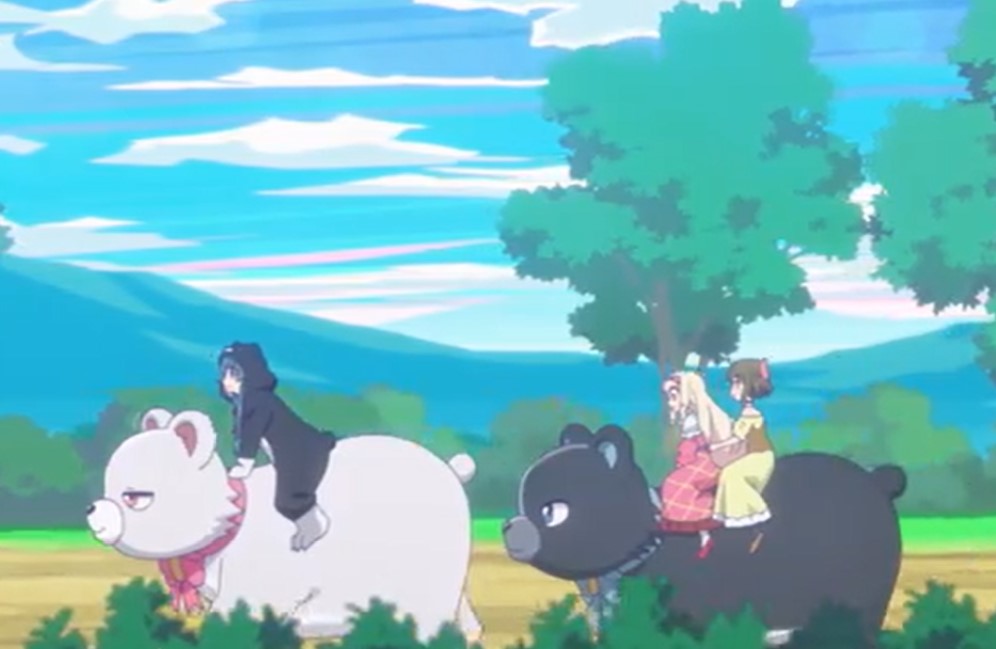 Yuna went to Cliff’s royal house to pick up Noire and heads to the royal capital to celebrate his majesty’s birthday. After leaving Yuna promised that she will make it in time. Noire is happy that they are ridding on two bears of Yuna and she doesn’t know the girl who is with Yuna. Noticing that Noire is looking at her Fina then introduces herself to her. Noire calls the bears by their names and Fina is surprised how she knows Kamayuru and Kumakyu.

Noire reveals that Yuna sometimes comes to her home and they played together with the two bears. On their way, Yuna felt the presence of enemies blocking their path. She then gets down and finds that it is a pack of wolves and she defeated them. She then uses her magical gloves and stores them inside since Fina said she will harvest them when they reach home. Noire is just surprised to see the two working together and she asks them what kind of relationship do they share.

Kuma Kuma Kuma Bear Episode 8 will be released on Wednesday, 25 November 2020, at 9:00 PM JST. The new episode of this Anime will be released every Wednesday. For you not to miss a single episode you can convert the time above to your local time. Let’s take a look at the updates below. You can officially watch this Anime on AnimeLab. 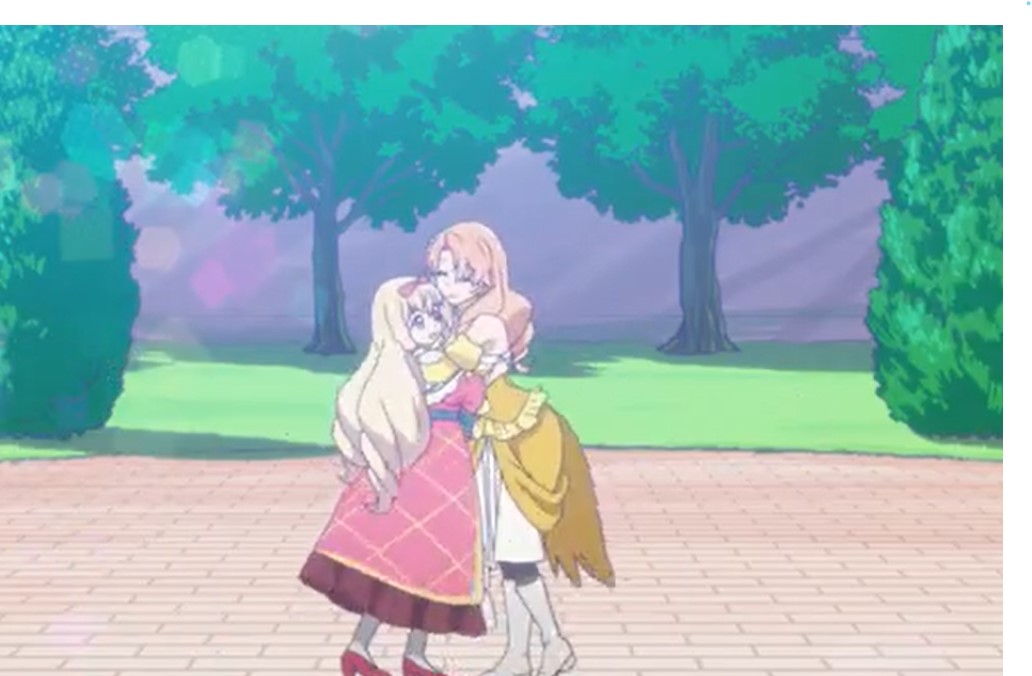 Yuna reveals that Fina save her when she was lost in the woods. Fina also said Yuna saved her when she was being attacked by the wolf in the forest. Yuna said that since she can’t harvest the monsters she defeated Fina helps her in doing that. Fina reveals that is what they have been doing for a living. Noire gets jealous that those two are friends and Fina has gone out with the bears before she does. Noire told Fina that now she has become her rival for bears.

When they advance forward Noire told Fina about all members of her family. She asks Fina if it is her first visit to the royal capital and Fina said yes. Noire reveals that his majesty’s birthday celebration will begin soon and different people around the kingdom will be visiting. Noire promise that she will show Fina around when they reach the royal capital. After a long journey, Yuna stops Kamayuru and Kumakyu to rest in the woods for a day.

Noire thought that they were going to build a tent or something for them to stay. Yuna surprises her by using her powers and build a bear house in a second. She told Noir that it is a travel-sized bear house and she must keep it a secret. The next day they traveled and reach the royal capital. When they enter the citizen was surprised to see a bear riding on a bear since they thought that Yuna is also a bear. Yuna’s costume makes her look like a bear and the trio went to the royal house.

Noire met with her mother and embraces each other and then introduce Fina and Yuna to her mom. They went inside and enjoys the royal palace luxury. Noire’s mom told Sia that Yuna is the adventurer and she is the one who escorts Noire. Sia refuses to believe saying that there is no way a small child-like Yuna can be an adventurer and escort someone. Noire’s mom said that if she can’t believe she can test it and see for herself. They went outside and spar but Sia got defeated twice. Later they enjoy wandering around the royal capital enjoying different food.