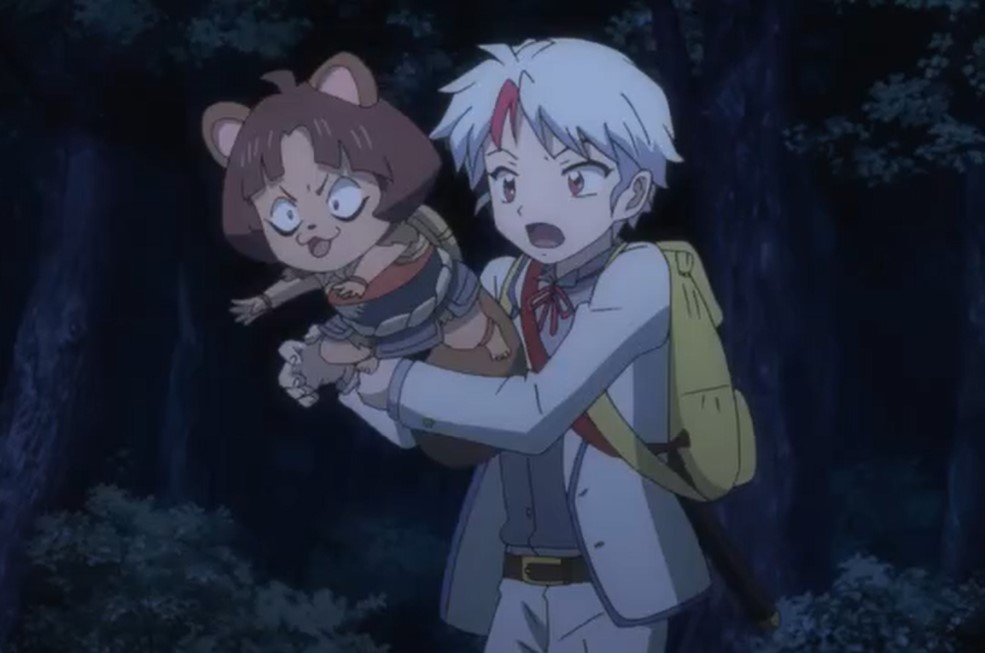 Moroha gets involved in a combat with Sakyo and they find that it was the demon Yotsume in disguise. Danjo is shocked that he was fooled by Yotsume pretending to be Sakyo. Towa said that they must catch Yotsume and make him reveal that truth.  The crew chases Four-Eyed Owl Demon-Yotsume who is flying to his territory. On the way, Towa saved a small girl who was complaining about how Setsuna and Moroha passed her just like that. The girl was trapped inside the frozen ice that got broken when Towas passes her.

It is in the middle of the night and the heavy rain is pouring the girl asks Towa to give her a lift. Towa gave the little girl a sweet instead of her to be given a lift the little girl flies Towa to where Yotsume is heading. Lord Riku met with the bounty hunters agent-corpse dealer Jyubei. Riku told Jyubei that he has a good taste to do night fishing. Jyubei told Riku that the was no need for him to come all this way and he should have called on Takechiyo to get the business done. Riku said that he met her earlier.

Yashahime: Princess Half-Demon Episode 9 will be released on Saturday, 21 November 2020, at 5:30 PM JST. Keep in mind that the new episode of this Anime will be released every Saturday. This post may contain spoilers of episode 9 watch out for them when you continue. You can watch this Anime officially on Crunchyroll. Let’s take a look at the recap of this Anime and preview below. 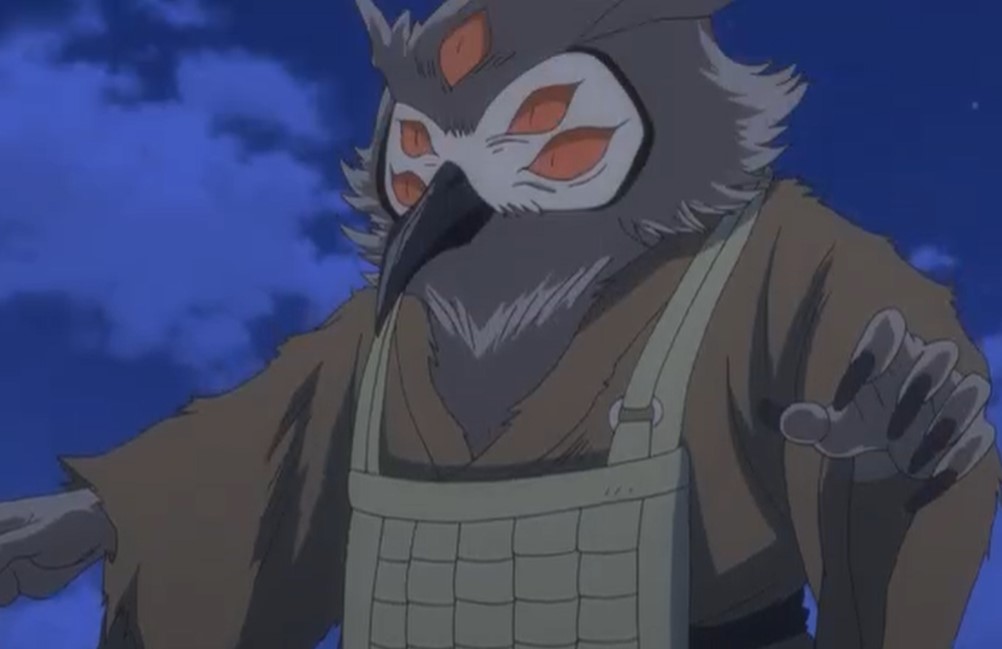 Riku said that he met her and Jyubei asks him who and he replied that Lord Sesshomaru’s daughter. Riku said that her name was Towa and he likes her since she has something they don’t have. Jyubei reveals that those girls can defeat the Four Perils for him. Riku orders Jyubei to have the remaining Four Perils defeated and he will be taking their Rainbow Pearls. Meanwhile, Yotsume has reached his hideout and he is worried that he can’t deal with all three ferocious girls at once.

He went inside and the dungeon and calls Lady Kyuki. Lady Kyuki sends Yotsume out and she gave him Rainbow pearl to find the weakness of Towa, Setsuna, and Moroha. Kyuki also advised Yotsume to use his power to the fullest and boost it with The Dream Gazing spell. Yotsume puts the Rainbow pearl inside his forehead and transforms into a mighty owl.

Suddenly Moro and Setsuna show up, Moroha attacks Yotsume with Crismon Dragon. Yotsume fires a laser beam that sucks Moroha’s power before she destroys him and she falls on her back. Setsuna went near Moroho who tells her to be careful when she engages with Yotsume. Towa shows up and she also got defeated which makes Setsuna angry.