Boruto To Adapt The Naruto Shinden Light Novels In 2019

The future of the Boruto anime has been questioned by a lot of fans already. 2018 was a great year for Boruto fans, mostly because we covered one of the greatest arcs in the series which saw Naruto Uzumaki, Sasuke Uchiha and Boruto Uzumaki take on Momoshiki Otsutsuki.

After that, the anime didn’t seem all that interesting, but the Mitsuki arc has been getting better with each passing episode. What’s more, we’re now closer to the final phase of the Mitsuki arc, and it’ll be interesting to see where the anime will go from here on out. Fans have been calling for the anime adaptation of the Boruto manga to begin now, but we have received no official word on when that will happen. However, at Jump Festa, we certainly got some really interesting bits of information. 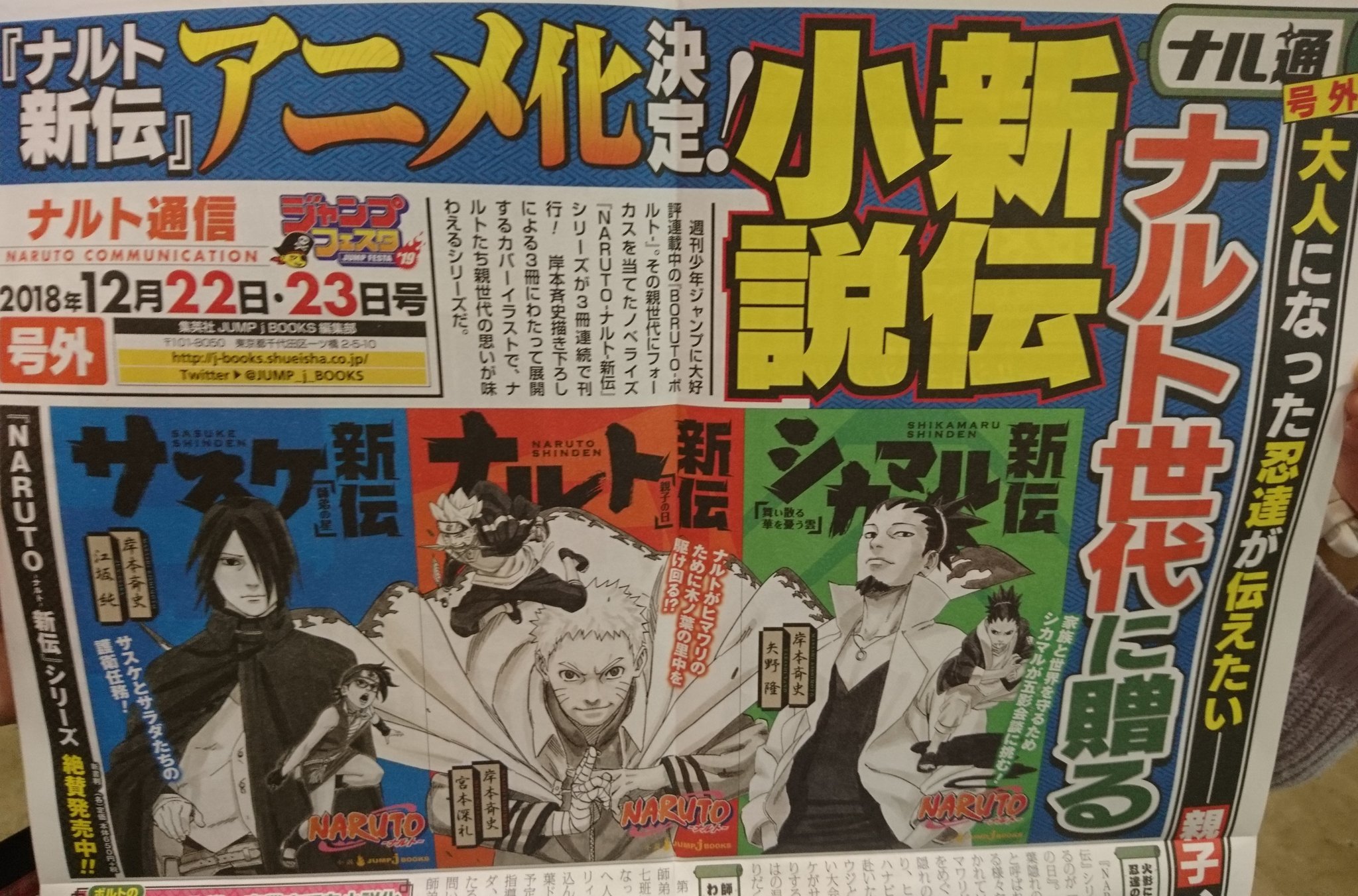 According to the information that we found out, all three new Naruto Shinden Light Novels will be adapted as a part of the Boruto anime in 2019. There are three novels which cover different stories. We have one covering Sasuke Uchiha and Sarada Uchiha. The second one covers the story of Naruto and the Uzumaki family, while the third one is focused on the right-hand man of Naruto Uzumaki, Shikamaru Nara. These three novels are set after the events of the Momoshiki arc but before the beginning of the Mujina Bandits arc.

So, this certainly means that we’ll be covering these arcs before we begin covering the manga. I’m very excited about this because these novels are extremely enjoyable and they have some incredible stuff in there.

Any fan would enjoy reading them, and now that they’re getting animated, I’m even more excited because Boruto’s future looks bright for 2019. What are your thoughts on the upcoming anime adaptation of the Naruto Shinden Light Novels? Let me know your thoughts in the comments section!