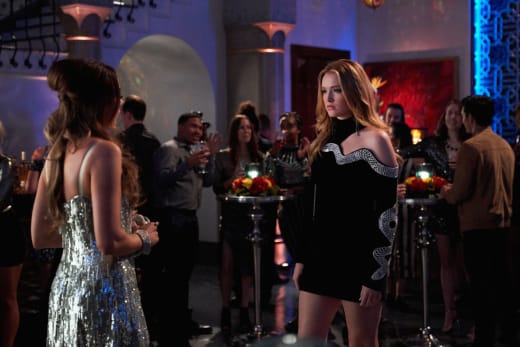 In this post, we are going to talk about the Dynasty season 3 episode 10 update, preview, and streaming details. As we know, the show will be releasing its tenth episode of the current season this week, and we will be discussing more details about it in the article. However, due to that, there might be spoilers in the article, and we will advise you to read only the update and streaming details if you do not like spoilers.

The show is now nine episodes deep into the third season, and the tenth episode is due this week. Dynasty season 3 episode 10 is scheduled to release on 24 January 2020, although the ninth episode was released on 17 January 2020. The upcoming episode is named ‘What Sorrows Are You Drowning?’ and the last episode was titled ‘The Caviar, I Trust, Is Not Burned.’ Dynasty’s average runtime per episode is 60 minutes.

In the next episode, Anders seeks help finding Kirby, so Fallon assembles Sam, Colby, Culhane, and, reluctantly, Adam, for the mission. Cristal and Alexis have a historically epic encounter. The preview clip for the upcoming episode is linked below:

The show is aired on the CW channel at 9 PM ET/PT in the US, and new episodes are released on Fridays. Additionally, the show can also be streamed online on the CW app and its website, where viewers have to provide their cable TV subscription details to log in. Also, Hulu, DirecTV Now, and Roku have streaming access to The CW, and such streaming services can help you stream the show at the mentioned time on The CW channel.