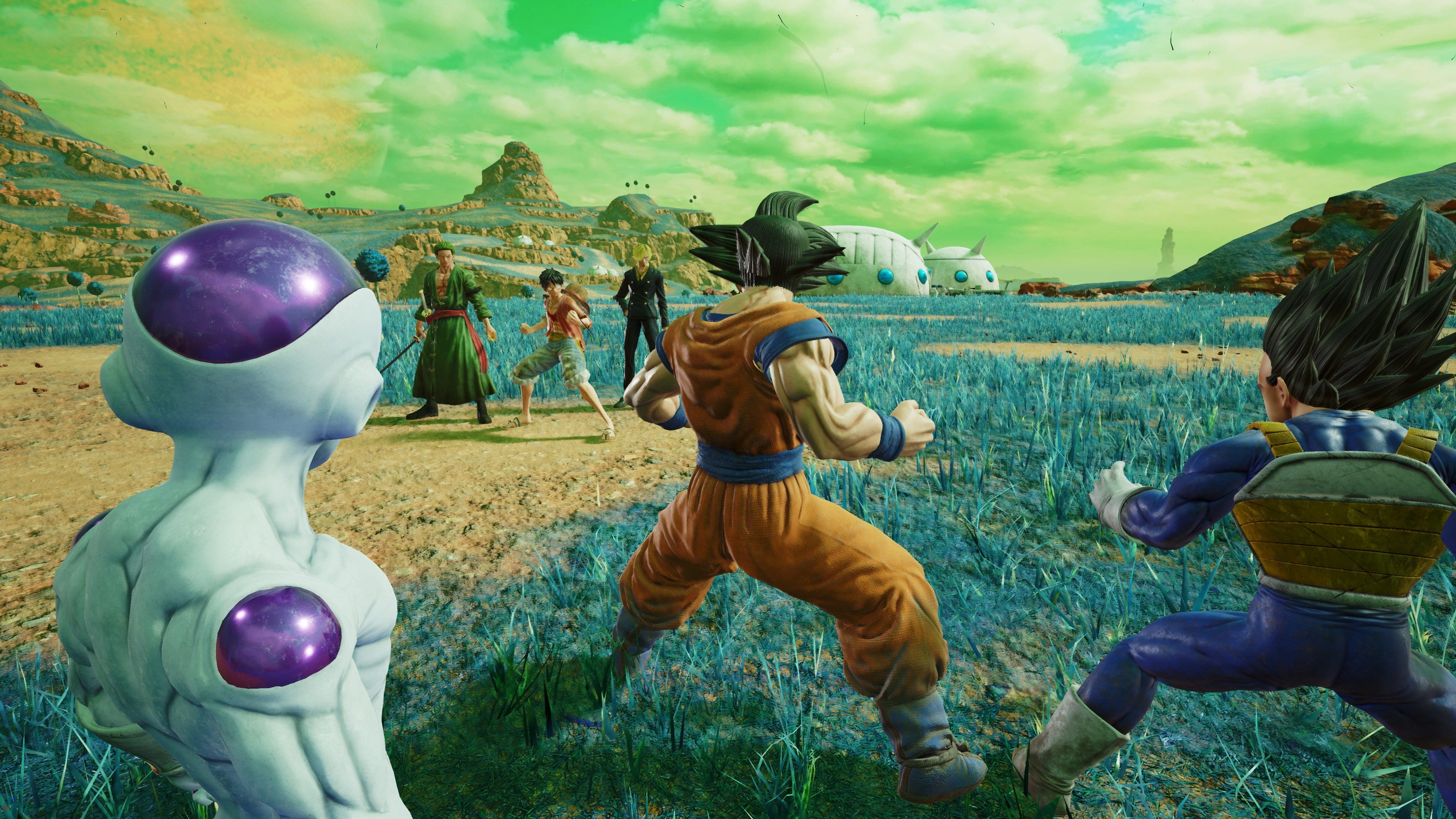 Jump Force is the most anticipated game of the year hands-down. The game is produced by Namco and was out by 15 February 2019. The game will be available to play on PS4, Xbox One and also PC. The early access version was released on 11 February 2019 in Japan. There is some cool gift hampers that lucky ones who pre-order the game can get. Three Dragon Ball costumes and a vehicle is up for grabs.

The game is so anticipated and exciting because it contains most of the famous anime characters around. It has Naruto Uzumaki, Sasuke Uchiha, Kakashi Hatake, Gaara, Boruto Uzumaki and Kaguya Otsutsuki from Naruto and Boruto series. Goku, Frieza, Vegeta, Piccolo, Trunks, and Cell from Dragon Ball Z. Ichigo, Rukia, Aizen, and Renji from Bleach. Monkey D Luffy, Roronoa Zoro, Blackbeard, Vinsmoke Sanji, Sabo and Boa Hancock from One Piece.

Midoriya from Hero Academia, Asta from Black Clover, Jotaro and Dio from JoJo’s Bizarre Adventure. Many more awesome characters from different anime are going to be in this game. Also, Ryuk and Light will both be in the game as well. Here is the synopsis of the game:
All the manga heroes, as well as villains, are sent into the real world. All our favorite characters will again take on all the evil characters while the destiny of the world hangs in the balance.

The game is going to be completely awesome. We can play characters from across all mangas. Sasuke Uchiha can go up against Roronoa Zoro. Monkey D Luffy can go up against Naruto Uzumaki and many more of such battles.