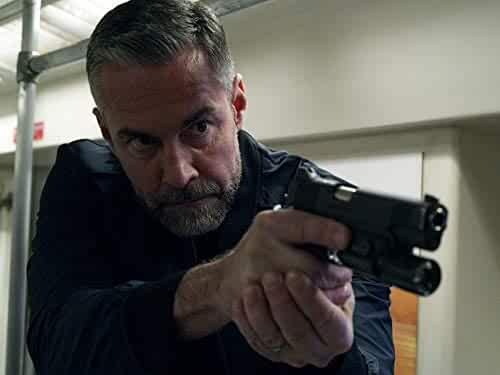 SWAT team is all set to protect civilians stuck in a hotel where the city’s most notorious gang leaders are scattered to find an escape. On SWAT Season 3 Episode 17 ‘Hotel L.A’, watch Luca’s brother Terry who’s a freelance journalist crosses police control lines to shoot the scene, it makes things complicated for Luca.

SWAT Season 3 Episode 17 will be released on Wednesday 25 March 2020. This episode is titled ‘Hotel L.A’ and is coming out to hit the television screens after a week’s break. SWAT Season 3 Episode 17 ‘Hotel L.A’ will be released on CBS at 10:00 pm (US). The expected runtime of this episode is around sixty minutes. You can watch this episode by tuning to CBS at the mentioned timeslot (mentioned above). In case you don’t happen to a cable subscription or you miss the episode, you can stream it online on CBS official website, CBS All Access, Hulu, Google Play and iTunes. If you’re hesitant to pay for the streaming service then we have got a piece of good news for you. CBS All Access provides free streaming for first 7 days.S.W.A.T is a military procedural television series which has been rated 6.9/10, 7.6/10 and 71% on IMDb, TV.com and Rotten Tomatoes respectively.

S.W.A.T Season 3 Episode 16 released on Wednesday 18 March. It’s titled ‘Gunpowder Treason’. This episode opened with Nichelle and Hondo’s first fight ever. It was not pleasant at all. They walked out on each other angry and frustrated. They had a fight over a rapper FarKrai. Meanwhile, Hondo and team were called in for an emergency case of child abduction. Zane Coleman is found to be abducted while he was at a party. Few masked gunmen fled with him in a car. Initially suspect was Joel Powell who happens to live in the same neighbourhood as Zane. It’s later found out he had Zane’s photos on his phone because he is his biological son and has been adopted by Mr Coleman. Later on, it’s revealed that Zane had been made to put on a suicide bombing vest and made to rob a bank. He was later rescued and the accused was arrested. Zane at the end of the episode gets to know his biological father which was great to have as an ending.

READ:  Sunderland 'Til I Die Season 2: Release Date and Updates

The S.W.A.T team has to be prepared to protect civilians stuck in a hotel which is occupied by top gang leaders who are looking for an escape when LAPD and division go wrong. This episode is being packaged with action and chaos. Luca’s brother, Terry who’s a journalist crosses the police crossline for shooting. His actions may end up with Luca paying price for it and the position being compromised. Terry’s action can put everybody in risk including S.W A.T and other journalists as the situation is very chaotic and fragile. This could lead things to go wrong as entire media is present there and are looking for answers and there’s police and S.W.A.T team trying to rescue the stranded civilians. This is all the gathered information about the upcoming episode of S.W.A.T Season 3. Tell us what you expect to see in this episode and also tell us your thoughts on the previous episode. Drop your comments in the comment section down below.