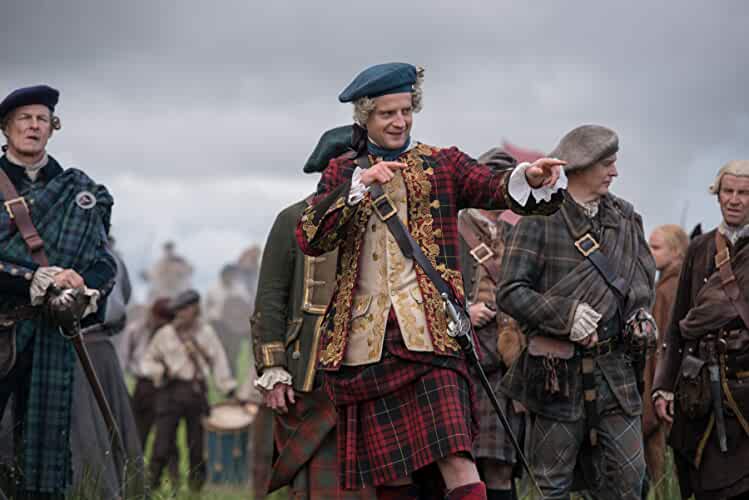 Outlander is a historical drama television series which centres Claire, a nurse working for the British Army during world war 2. Outlander is based on a novel of the same name authored by Diana Gabaldon. This section of the article contains spoilers. You’re advised to stay away if you haven’t watched this episode yet. Outlander Season 5 Episode 7 titled ‘The Ballad of Roger Mac’ is coming out on Sunday and we are super excited to watch it and why shouldn’t we?

Preparations have been made for the war and the book fans are suspecting that this episode might showcase a tragedy involving Roger ( Richard Rankin). This episode may show Roger being hanged (this assumption is based on episodes title). Let’s see how true will this episode be to its title. However, the preview and the images leaked of episode 7 put their major focus on the preparations of war between the Regulators and the British. Season 5 images had one image that depicts the hanging of Roger.

Outlander Season 5 Episode 7 is all set to be aired on Sunday 29 March 2020. This episode is titled ‘The Ballad of Roger Mac’ and is returning after a long restless week spent in longing by fans. It will be aired on Starz at 8:00 pm US. The runtime of Outlander Season 5 Episode 7 is expected to stretch over a period of sixty minutes. You can watch this episode on Starz at allotted timeslot (mentioned above). In case you don’t have a cable subscription or you miss the streaming, you can watch it online on Amazon Prime Video, Vudu and iTunes. It will also be available for streaming on Starz official website once it’s premiered on Starz channel. Outlander is a much-loved television series that has been rated 8.4/10, 91% and 8.9/10 on IMDb, Rotten Tomatoes and TV.com.

Outlander Season 5 Episode 6 released on Sunday. This episode is titled ‘Better to Marry Than Burn’ and this episode gave us a sneak peek to Jocasta’s past including the time she escaped Scotland during the Jacobite rising of 1745. Consequently, her husband Hector and daughter Morna cost the girl her life. This experience changed her entirely and that’s why she later refused Murtgah’s plea before the night of her wedding. Seeing Murtagh walk away was not only painful for her but also for the fans who’ve been adoring their chemistry since the start. However, Jocasta and Innes haven’t been married yet but let’s just hope something gets arranged between the two. Meanwhile, Claire’s run-in with Philip is another significant thing that has happened in this episode. Claire should’ve known what going with a man who’s eyeing you could end up like but Jamie steps in on time before something bad would happen.