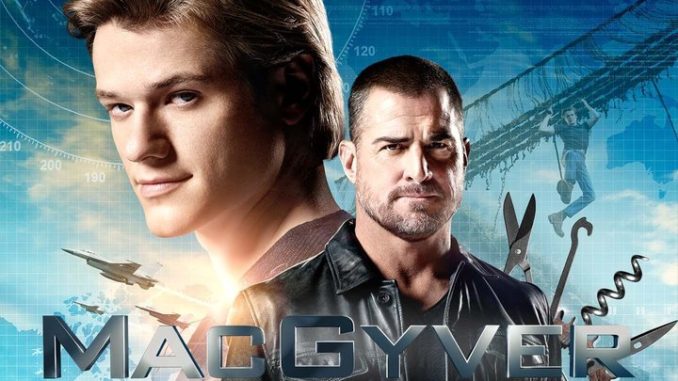 If you remember the nineties’ old series, titled ‘MacGyver’ that used to air on ABC, you must have known that a remake of the show has already been airing on CBS for four seasons. The fifth season hasn’t got renewed yet, owing to the fact that the fourth season is still on the air. As the original series consisted of a total of seven seasons, chances are 4/5 that we are going to get a brand new season after the one airing right now is over. According to the reports, the show has received a massive number of fans across the globe, with more than 8 million fans from the parent country, that is, the United States. In this article, we are going to discuss the update of MacGyver Season 5, including its cast, trailer, plot, and everything you need to know.

The show has been executive produced by Henry Winkler, Michael Clear, Brett Mahoney, Paul Downs Colaizzo, Craig O’Neil, James Wan, and Lee David Zlotoff. P. Todd Coe, Peter M. Tassler and Lucas Till have produced the series under the production banner of 101st Street Entertainment, Lionsgate Television, Atomic Monster Productions, and CBS Television Studios. The series brings out the perfect balance of humor, action, and adventure as the cases are solved with major use of household objects. Be it a knife or an ID, and MacGyver has never disappointed us in showing his exceptional abilities.

The show features Angus MacGyver, played by Lucas Till as the protagonist, along with characters like Riley Davis portrayed by Tristin Mays, Wilt Bozer, played by Justin Hires and Matilda ‘Matt’ Webber played by Meredith Eaton as the lead in all the four seasons of the series. While Sandrine Holt as Patricia Thornton has been one of the leading cast in season 1, Isabel Lucas as Samantha Cage has also been in the lead in season two, and Henry Ian Cusick as Russell ‘Russ/Rusty’ Taylor and Levy Tran as Desiree ‘Desi’ Nguyen has led the show in season 4. Moreover, George Eads, as Jack Dalton has also been a starred a lead in the first three seasons.

The notable guests, who have appeared on the show over the seasons are— Daniel Dae Kim as Lieutenant Chin Ho Kelly, Grace Park as Officer Kono Kalakaua, Taylor Wily as Kamekona Tupuola, Michael Des Barres as Nicholas Helman, Sarah Sokolovic as Amber, Sean Cameron Michael as The Ghost Bomber and others.

The cast of MacGyver Season 5 will be revealed once the show gets a renewal and the production of the series begin.

The fifth season of MacGyver was estimated to premiere next year, in February, if we follow the schedule of the release of the past season of the show. However, the Coronavirus outbreak may result in delayed production and thereby shifting the release to September 2021. Don’t get upset about it as it is only a prediction and nothing has been confirmed yet by the makers of the show.

The first season of the series premiered on September 23 and aired till 2016 April 14, 2017, on CBS with a total of twenty-one episodes. All the other seasons have hit the screens almost during the same time of different years, except for the fourth one that premiered a bit late compared to its past seasons. MacGyver Season 4 started airing on television from February 7, 2020, on CBS and has aired ten episodes till now.

We are sorry to inform you that you need to wait for quite some time in order to watch the official trailer of MacGyver Season 5. However, here is a promotional video of the 11th episode of the fourth season of the show. You can get a sneak peek of it here if you haven’t watched it yet.

Developed by Peter M. Lenkov, the American action-adventure TV series, ‘MacGyver’ is a reboot of Lee David Zlotoff’s popular television series, bearing the same name that ran from the year 1989 to the year 1992. The series centers an employee of an exclusive national organization of the United States, who, with his outstanding knowledge of science and technology, protects the lives of the people. He is immensely talented and creative and described as someone who can work with paper clips rather than pistols, gum in place of guns, and birthday candles in place of bombs. The series was rewarded with the Teen Choice Awards in the year 2019 in the category of TV Show: Action nomination.
The series is loved by the fans and is acclaimed by the critics as well. You can catch up with the episodes of the fourth season every Friday on CBS channel at 8:00 P.M ET in the US.

The best way to watch the fourth season of the show is by tuning in to CBS channel at the time mentioned above, only if you have a cable subscription to it. The episodes can also be streamed on the official website of CBS All Access as well as on the mobile-friendly app bearing the same name. Other good alternatives to watch the show for cord-cutters are— Amazon Prime, iTunes, VUDU, and Google Play Movies. However, you need to have either the streaming rights to watch the episodes online or need to purchase the episodes of the show. Please note that we do not encourage to use pirated sites for watching the show since it is illegal.