The events in the last continue as Schmelman had realized that an impending war could be inevitable. Now things will be action-packed in the next episode as various characters are making their move. So in his post, we are going to talk about Plunderer Episode 15 spoilers. Again, let me remind you that this post will contain spoilers for the upcoming Plunderer episodes. So if you don’t want your anime experience spoiled, then it is best to stop reading at this point.

When is Plunderer Episode 15 update?

Plunderer Episode 15 will be released on Thursday, 23 April 2020, at 1:05 AM JST. Note that the time is in Japanese standard time, so you might want to convert it to your local time if you want to get the episode immediately after its release. 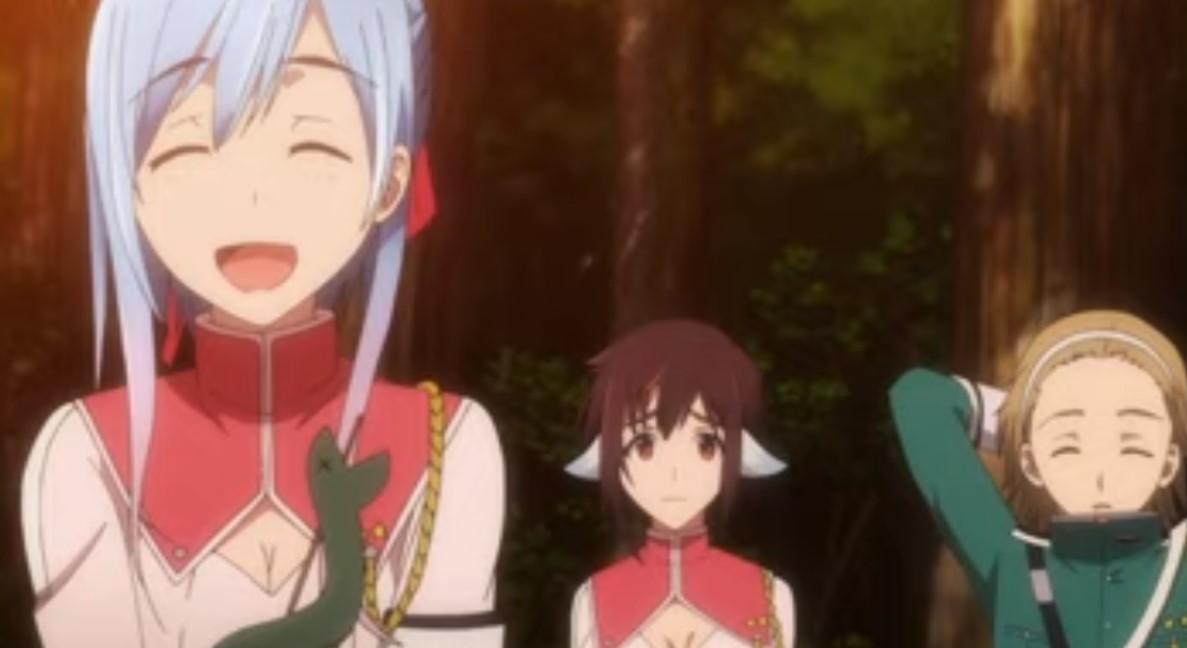 The latest episode was released last week  Thursday. Let’s take a quick recap of what happened in Pundere Episode 14:

Rihito is at his acts of peeping the woman’s bath again, He entered the girl’s bathroom they surrounded him and attacked him, and the student talks about the peeping incident in the classroom. Alexandrov captured Rihito, he punished Class A and sent them into the forest.it was the forest survival trip. Genji, Asumi, and Kyouka explained the reason why they wanted to become a soldier to Rihito and  Schmelman explains about forming the Non-Killing Army and said that the idea came with Rihito. Schmelman told the Class A students to call him “teacher” during the forest survival trip.

Schmelman realized that the new war could not be avoided; Davi claims that they should have banned all wars forever to prevent it from happening. Jail and Nana had a conversation where he told Nana that she must go out of the factory together with him while knowing that going with her will change the future. When Jail leaves the factory, Alexandrov found him and tries to kill him. Take a look at the preview for the upcoming episode below!

For now, that is what the preview for Plunderer Episode 15 has revealed. The next episode will be airing on Thursday, so it won’t be long before we see how things will go on from here. In the meantime, you can check other popular anime on our site as we always strive to bring you the latest news to date. As soon as the episode airs, we will also be bringing you updates, so make sure to look for new content more frequently.