Now, before we begin discussing ‘No Regrets,’ note that the alternate title for these OVAs is ‘A Choice with No Regrets.’ ‘No Regrets’ is a spin-off of the Attack on Titan series. The visual novel for the OVAs is written by Gun Snark and illustrated by Hikaru Suruga. Hajime Isayama, the creator of Attack on Titan, supervised the making of ‘No Regrets.’

The OVA centers around Levi Ackerman and his past. In the first season of Attack on Titan, we heard Petra Ral telling Eren Jaegar about Levi’s past. At that moment, she had mentioned Levi being an underground thug in the past. The OVAs basically follow Levi’s past from that point. We do not get full exposure to Levi’s past in the original Attack on Titan series until the third season. But the OVAs in 2014 capture a part of it, and we get to see our beloved captain in action.

Years before becoming the famed captain of the Survey Corps, a young Levi struggles to survive in the capital’s garbage dump- the Underground. As the boss of his own criminal operation, Levi attempts to get by with meager earnings. His friends, and fellow criminals, Isabel Magnolia and Farlan Church aid him in doing so. With little hope for the future, Levi accepts a deal from the anti-expedition faction leader Nicholas Lobov. Lobov promises the trio citizenship aboveground if they assassinate Erwin Smith, a squad leader in the Survey Corps.

As Erwin comes across Levi and Co., he acknowledges their agility and skill. Erwin gives Levi a choice to either become part of the survey corps or be turned over to the Military Police as a criminal. Now, closer to the man they are tasked to kill, the trio plans to complete their mission. All of it to save themselves from poverty and the dim recesses of their past home. However, they are about to learn that the surface world is not as free as they had thought. Moreover, freedom comes at a heavy price. 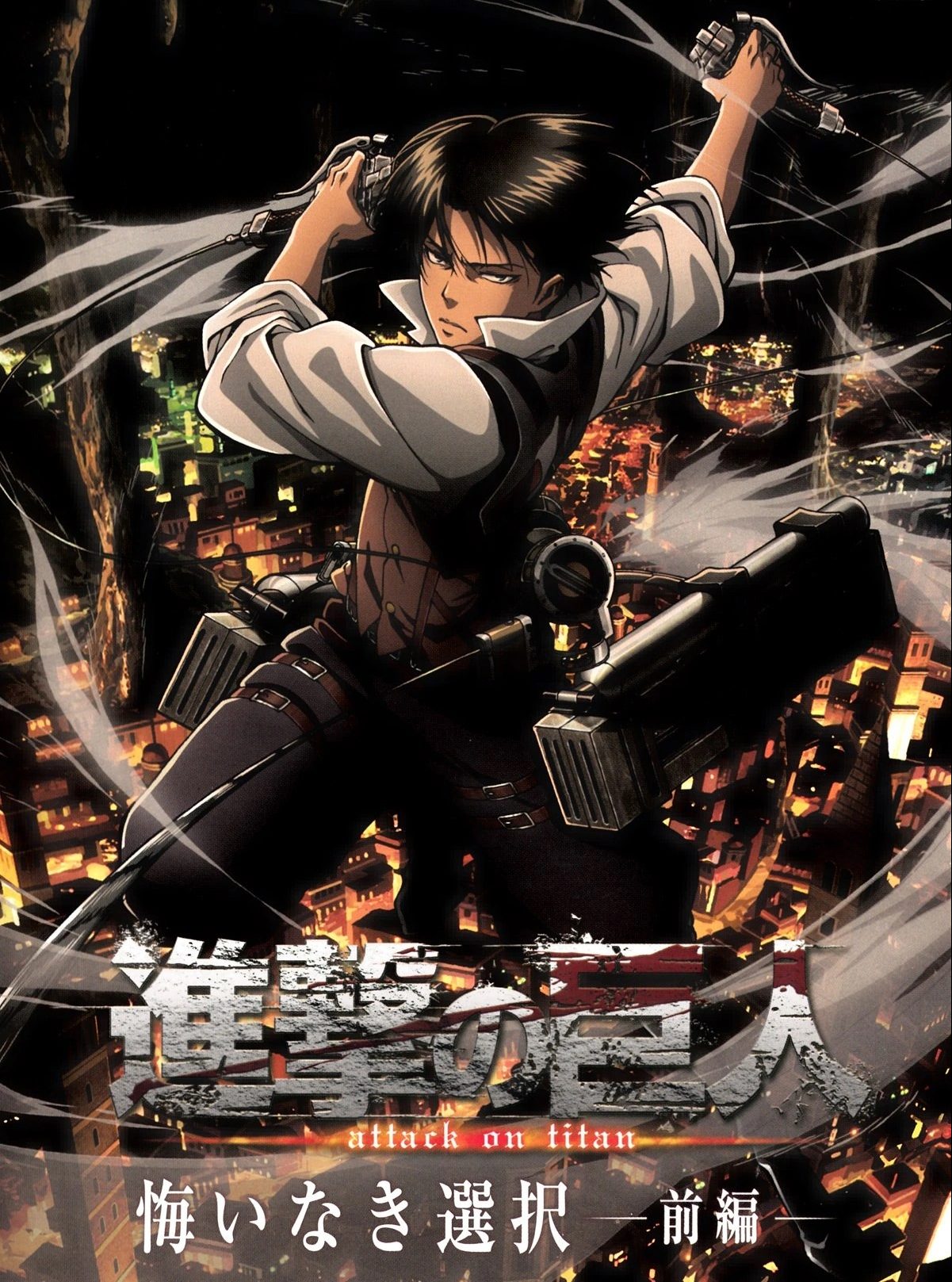 Personal Opinion/ Review of the OVAs:

‘A Choice with No Regrets’ visual novel has 8 main chapters and 2 bonus chapters. So, Wit Studio again squeezed those into a 2-episode OVA adaptation. Thus, we would recommend reading the visual novel before watching the OVAs.

Here’s what we think of ‘No Regrets’:

The animation of the OVAs is as great as the original series. Wit Studio fabulously animated the swift movements of the ODM Gear with the help of CGI. Since the OVA has many fight scenes within the cramped underground, the fluid animation only adds to the excitement. The one-on-one chase and fight between Levi and Erwin are thrilling to watch.

The OVAs revolve around Levi Ackerman, Erwin Smith, Isabel Magnolia, and Farlan Church. Levi, as always, is a cold-hearted and clean freak. Isabel Magnolia and Farlan Church are newly introduced characters. They are Levi’s first friends and close ones at that. Isabel seems a little energetic and childish, but she is a likable character. Farlan is a bit sloppy but covers both Levi’s rudeness and Isabel’s carelessness.

Erwin Smith, here a squad leader, has just proposed the idea of a new formation. A formation that would reduce the casualties outside the walls. As ambitious as ever, Erwin Smith puts his brain into everything he does. Besides these four, we also see Mike Zacharias, Hange Zoe, Moblit Berner, and Keith Shadis.

The visual novel does a better job of portraying Levi’s emotional side than the OVAs. The OVAs didn’t show some crucial scenes. For example, Levi closes their eyes on Isabel upon finding her dead. Another one would be Levi knocking Erwin off his horse to blame him for Isabel and Farlan’s death. The intensity of emotions shown by Levi is far more in the novel than in the OVAs.

There is nearly an entire chapter of Erwin’s deep words that convinced Levi to continue serving in the Corps. Erwin’s words convinced Levi that it wasn’t Erwin or Levi’s pride that killed Levi’s friends but the Titans. This part was completely omitted in the OVA. The dialogues from his speech were heavily altered. But they play out well at some point and seem unnecessary at the other.

Death Parade: A Series Intertwined with Life and Death