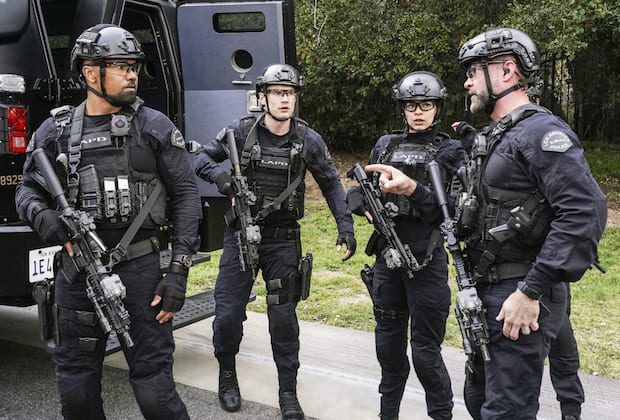 SWAT recently aired its Season 2 finale that did pretty well for itself. Very quickly it was revealed that SWAT has been renewed for a third installment by the network CBS. The season 2 of SWAT scored a figure somewhat close to the networks top performing show, The Big Bang Theory. Season 2 of SWAT averaged at around .78 in the 18-49 demographic and 5.28 million viewers. The Big Bang Theory, on the other hand, is averaging a 2.2 in the 18-49 demographic and 12.740 million viewers. Hence, the quick renewal didn’t come as a surprise for most of the fans.

SWAT stars Shemar Moore, it deals with the story of a sergeant whose task is to run a specialized tactical unit in LA. This tactical unit is no ordinary one but is considered as the last stop in law enforcement. Besides Shemar Moore, SWAT stars Stephanie Sigman, Alex Russell, Jay Harrington, Lina Esco, Peter David Lim, and Patrick St. Esprit. Besides renewing SWAT for Season 3, CBS has renewed SEAL Team, Madame Secretary, Bull,  and MacGyver.

Coming to the next discussion of the day, for Season 2 of SWAT, changes are in store for Jessica Cortez’s character. Jessica who is played by Stephanie, in the finale episode hinted that she will be gone for some time. Jessica is likely to join a training program. A cast shake-up for SWAT Season 3 cast is also on cards, but that doesn’t necessarily mean that Jessica’s character will depart from the show.

SWAt aired its finale episode for season 2 on May 18, 2019. While we are sure on the renewal, the network hasn’t taken any efforts to announce the show’s return date for the 2019-2020 TV season slate but it is expected to retain its Thursday schedule. More as we have it.