Season 6 of Grantchester is the most loved and successful one. The audience was eagerly waiting for season 7; Guess what, they are finally back. This ITV detective drama tells the story of the 1950s village of the name that was situated in Cambridgeshire. We get to see numerous mysteries getting solved in the drama. The series revolves around vicar William Davenport (played by Tom Brittney), who is apparently investigating the crime with the help of  Detective Inspector Geordie Keating (played by Robson Green).

Tom filled James Norton’s shoes to play the vicar after the fourth series. The audience was nervous about how this new actor would perform, but he nailed it. So this very unlikely team of vicar and detective is back again to take you on the adventurous and thrilling journey. The series is based on the book that constitutes of collection of short stories, “The Grantchester Mysteries” by James Runcie. Season 7 is already premiered.

Tom Brittney is portraying the character of vicar William Davenport again. In season 6, we saw an interesting romantic angle for Will, and also, he struggled to see his best friend getting ill-treatment for just having a point of view different from the church beliefs. In this season, we will see William searching for some excitement in his life and the true meaning of his existence. William will fight the battle between head and heart several times. For this season, Tom Brittney is debuting as a director; of course, he is acting along with a new venture. He stated that he had fun directing, but his true calling is acting, and the actor will try to do both side-by-side. 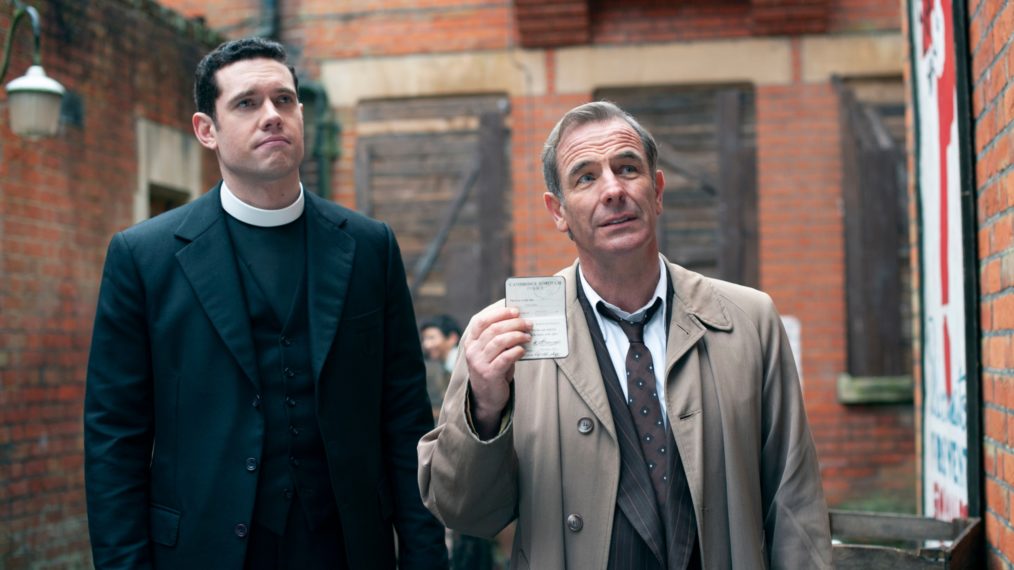 Robson Green as Geordie Keating is spectacular. Unfortunately, season 6 did not end very well for him. His past was torturing him, and due to that, he was behaving in certain ways. Not just that, Cathy has made him leave the house and family. Cathy is his true love, and he cannot live without her. The beginning of season 7 will be about the struggles of Geordie as now he is living in Vicarage with William with no family. We will see him detached and heartbroken. However, Geordie will not give up and try to win Cathy back.

Also read: The Chosen Season 3 Expectations & Where To Watch

Where To Watch Grantchester Season 7?

Grantchester is the original series of PBS Network. The season already premiered on Sunday, July 10 at 9/8c on MASTERPIECE on PBS. You can watch all the new six episodes of the series. If you are from the US, you can watch the whole season 6 for free again on the same platform from July 10. However, if you have a membership of PBS Passport, you can watch all the series’ previous seasons. PBS is the network that is only available in the US. If you want to watch the series on PBS in Australia and the UK, you will need a reliable VPN. The new episode of Grantchester season 7 will release on every Sunday till August 14, 2022. Also, you can watch the series on a streaming platform, “Just Watch.” Just Watch is available in Australia, the USA, and the UK.