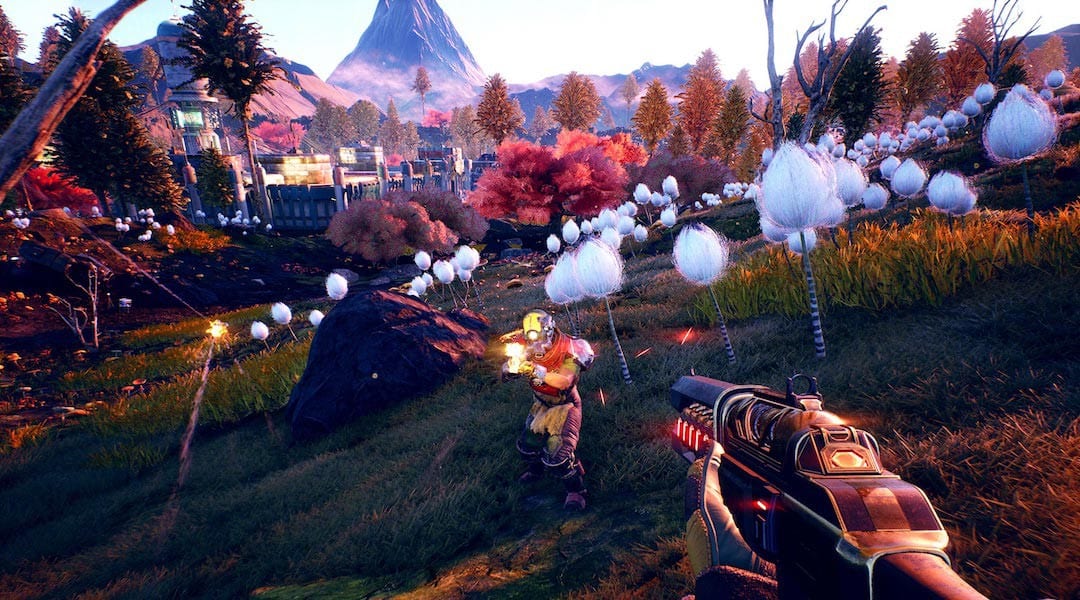 2018 was the year of epic games which included hits such as the Red Dead Redemption etc. Fallout 76 is coming sooner than ever and Borderlands 3 still MIA, people have been wondering when The Outer Worlds will come to town. The recent development in the world of games is that Obsidian Entertainment, known for RPG games such as Fallout: New Vegas, Star Wars: Knights of the Old Republic 2, may have just been acquired by Microsoft. Hence The Outer World will be the last nail in the coffin before their studio is painted by the Xbox-flavor.

It was announced at E3 2018 by Microsoft announced that it had acquired Obsidian Entertainment. Microsoft will be the first party studio to develop exclusives on its platform after the release of The Outer World.

The highly anticipated game, Outer Worlds will be out sometime this year. Obsidian has spoken of some of the key details such as how the shooter-infused game will work. Today we’ll talk about The Outer World game including the latest on updates, platforms, gameplay and more. We’llthis page throughout the year.

As goes for theof The Outer World, it is notified that it is gonna be releasing this year. The Outer World was announced last December. Very briefly, Obsidian hasn’t specified any exact launch dates just yet. A delay is obviously on the cards, but the important thing to remember here is that The Outer World won’t be coming in the first half of 2019 at all. My bet is laid upon the second half of 2019. The only platform is Xbox One, and the game is coming to PS4, PC, Xbox One, and PS4 but not the Nintendo Switch.

Here check our the gameplay trailer below:

Tim Cain and Leonard Boyarsky have taken charge as lead directors of The Outer World and let’s hope it is more than the classic RPG that we expect it to be.

Those playing on PC will find it strange for the game to not be available via Steam. That’s right. We’re told that The Outer World won’t be out on Steam. Epic doesn’t have any plans to do that. According to Obsidian, the game will be available solely via Epic and the Microsoft Store for at least a year.

While that is strange, it is understandable because that’s just how Epic works. All in all, it shouldn’t be a major problem. I expect the game to be good either way. I hope it doesn’t disappoint and the acquisition of the game doesn’t get complicated due to the whole Steam Fiasco. When afor The Outer World is announced, we’ll let you know here on Otakukart. Make sure that you keep an eye.

Updated on April 16, 2019:
The demo of the game, which was made available just a few weeks ago when turned out to be bug ridden. While none of them were too huge, it certainly did point out the weaknesses of the game. We expect the finished product to be a lot better than the showing we got earlier this month.

Also, recently it was revealed that the game isn’t going to have a lot of crafting in it. Most of the games today have tonnes of tedium. This game is going to be a bit different. This has generated a mixed reaction from the gamers community, but we’re excited to see how it plays out.

Are you looking forward to The Outer Worlds? Let us know in the comments section below!