By Meshack Makungo
In News
on September 3, 20202 min read 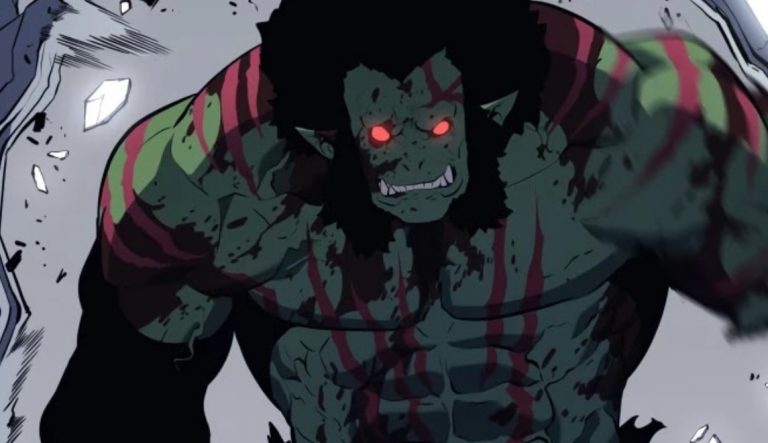 From the last chapter of this Manga Jung Yoo, Park Jong, and Hyung-Ming visited the Hunter Sung Jin-woo. They wanted to convince him to works for them since they know that they are safe with him. Jin wanted a 50/50% partnership but he receives an important call. Jin left them and went where the emergency is he uses shadow exchange to go there.

In another dimension, there are some hunters lying down dead on the floor. The monster who killed them said that they are gifted hunters who are lacking in intelligence when it comes to tracking and hunting. The monster smells their blood teasing them while they are dead. The hunters were hiding in darkness for a week and they were alerted by their six senses to hunt their prey.

Solo Leveling Season 2 Chapter 118 will be released on Thursday, 9 September 2020. Every Thursday new chapter of this Manga will be released. Unfortunately, the spoilers for the upcoming chapter are not yet available you can take a look at the following recap and ways to read this Manga below.

Two unknown green monsters are hunting and one of them said that they must invite their brothers. They decided to massacre all the humans inside the castle and fortify their position. That is when they will start hunting for real. The monsters saw humans and decided that they will first wipe them. The humans are happily unaware of the danger that is coming towards them suddenly a monster appeared in front of them.

Meanwhile, Jin reaches the other side of the dimension. He saw the collection team, the mining team, and the assault team and he knows that their rank is 13 A-Ranks and 20 B-Ranks. Jin hears other hunters praising the Jeju raid. They talked about the summon of black soldiers and the hunters told Jin that he is going to lead today’s raid. Another lady told others, hunters, not to make Jin feel awkward.

She introduces her self to Jin that she is Jeong Ye-Rim the main healer of the knights guild assault team. The hunters are disappointed that Park Jong-Soo is going to be the raid leader again. They both went on a raid and there are monsters outside the dungeon break. It has been revealed that it was an orc they can smell blood. The monsters are killing humans and Jin is on his way to save them.

You will be able to get this Manga’s latest chapters on Kakao Page Magazine, so you can support the creator by buying the magazine. We highly advise you to support the official release as it supports the creators. Note that there are no official ways to read this Mang.