The Shadow Army vs The Arch Lich 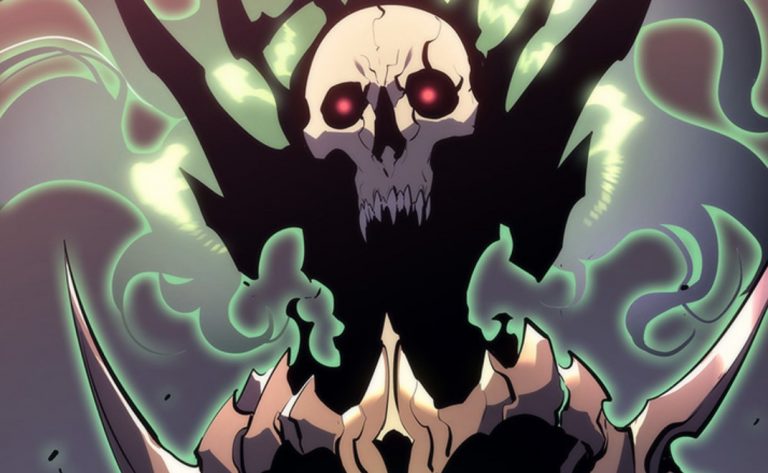 From the latest development of this Manga, Sung Jin-Woo has reached where he is needed and destroyed all the monsters that were killing humans. Meanwhile, Guroktaru is heading towards the Orc who is protecting humans. The hunters are happy to see Jin-Woo and he apologizes for being late. He asks them if they are okay and they shout yes and Jin-ah notices that Jin-Woo’s mood is scary. Jin-Woo transforms and summon Igris and told him to take care of Jin-Ah.

He also orders everyone to take the students to safety. Suddenly the red blade tribe monster shows up and told everybody not to move. Jin looks back at it and sends it flying out of the building. One of the red tribe monsters thinks that Jin-Woo is the leader of high Orcs and he asks who is he. Why is Jin able to speak their tongue and Jin answers them by slashing them using his power. Jin is brutally killing the red tribe monsters one by one and they are surprised that he is finishing them in a single hit.

This week’s post is about the Solo Leveling Season 2 Chapter 121 release date and a recap of the last chapter. Take a look at the weekly Manga schedule below.

Solo Leveling Season 2 Chapter 121 will be released on Thursday, 1 October  2020. Keep in mind that every Thursday new chapter of this Manga will be released. The spoilers for the next chapter are not yet available you can take a look at the following recap and ways to read this Manga below.

Another monster that thinks it is powerful charges at full speed towards Jin. He pins it down to the floor and stomps on its chest until it dies. The monsters started attacking in numbers and he activates skill dominator’s touch and destroys them using his left hand. They continued on attacking without giving up and he keeps on slicing them using his electric-like powers. He crushed all of them using his fingers and head toward the other one that was trembling watching him destroying other monsters.

He caught it on its neck and pins it with the wall asking why did they kill humans. The monster replied that it is in their heads to kill humans. Jin said why don’t you try and kill me and doesn’t it hear the voice telling him to kill him. The monster begs for forgiveness and Jin insists that it must answer him first. Jin concludes that he knows that he is not human in their thought as well. He unleashes a blade telling the monsters that he will forgive him in a painful way.

He then brutally kill the monster for its sins meanwhile some of the monsters are hungry they ate the hunter’s vampires. The hunters inside the dungeon are now facing the Arch Lich. The Arch Lich is famous for the gold dragon guild’s Annihilation. Jung Yoon-Tae asks Hyung Nim what they must do and another Hunter shouts that more enemies are approaching.

Hyung-Nim orders them to block the entrance. The shadow army appears and told Arch Lich that they were chosen by the Monarch. Arch Lich said that he will report to the Monarch about their attacks and they started clashing. The shadow army said the Arch Lich talk too much for someone who is about to die. The battle still continues.

You can find this Manga’s latest chapters on Kakao Page Magazine, so you can support the creator by buying the magazine. We highly advise you to support the official release as it supports the creators. Note that there are no official ways to read this Mang.