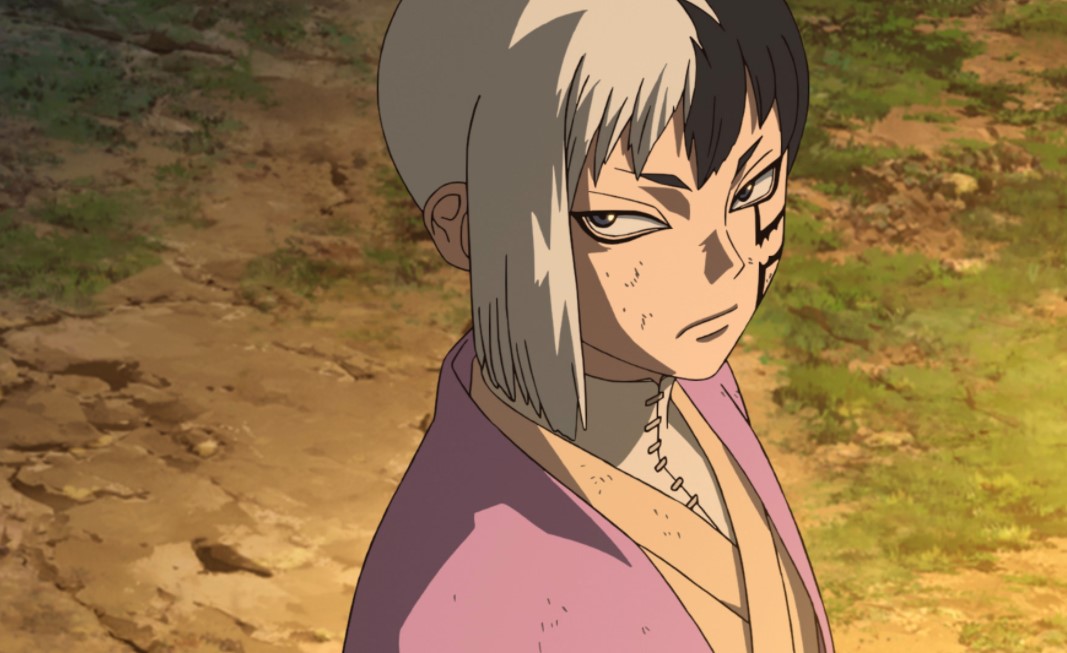 Chrome is happy that they have captured the biggest enemy Dr. Xeno meanwhile, Max is happy that Stan has taken the enemy’s base. Max comes across Luna who is tied and he tries to untie her. He manages to free them and he told the that Francois will help with first aid. Kaseki will disassemble the fallen aircraft and Kaseki was saved by Max. Meanwhile, Gen and Ukyo are with Xeno who is still tied.

Gen said that there is no need for them to encode the message since no one in the enemy’s base understands Japanese. Ukyo sends a message about their location and where they are hiding with Dr. Xeno. Senku gets the message and told them the situation he is in he is also happy that their plan is going as they planned. Dr. Xeno is shocked since he knows that Stanely is also successful with their plans but it seems not.

Today’s post is about Dr. Stone Chapter 169 update and a recap of the lat’s latest chapter. Let’s see how Senku’s crew plan is after capturing the enemy king Dr. Xeno. Take a look at the manga weekly schedule below for you not to miss the latest updates and chapters. 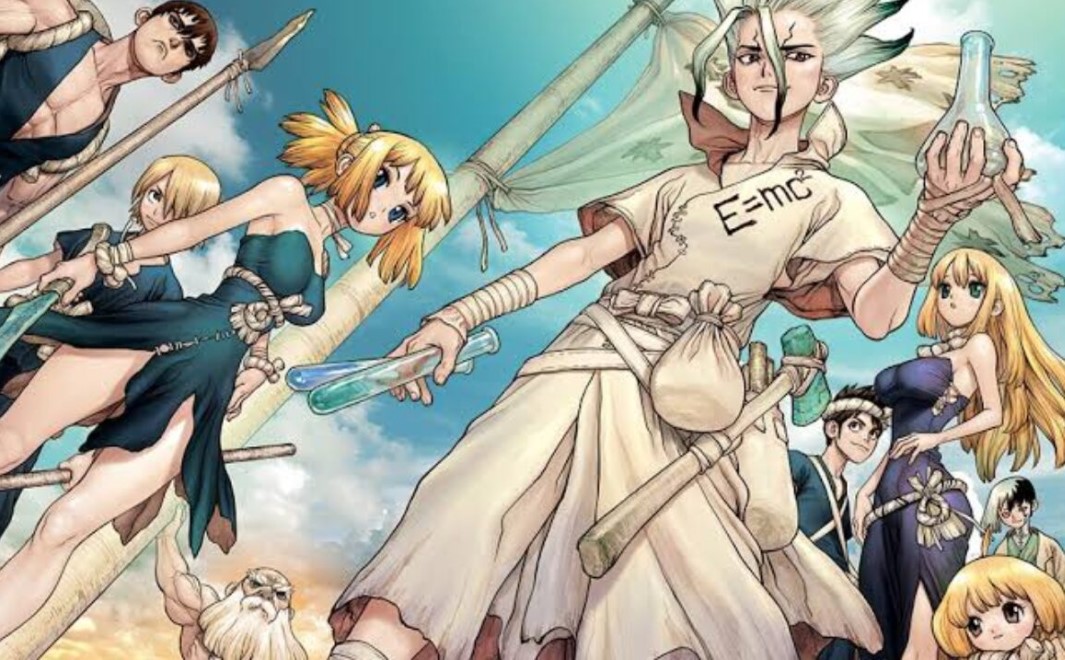 Senku reaches where Dr. Xeno is. They are both near the river and Xeno is impressed that Senku is still alive and he said that Stan will never fail to make a killing shot. Like always Dr. Xeno ends up saying ”yes truly science is elegant.”Senku is just sitting down drinking something and Xeno is standing nearby tied with rope. Senku reminds Xeno about their past and Xeno said that his crew has already taken the base he has nowhere to go.

Meanwhile, at the base, everyone is happy and Luna is preparing herself for Senku to recognize her. Senku came back and thanks Luna for escaping with Francois and Kaseki and Ukyo said they have everyone they need to move on. Senku’s crew start the boat for them to escape Xeno is just surprised by what is happening. Ryusui is the one sailing Xeno’s boat and they told Xeno that they are just borrowing it. Kohaku said that they will fight with Stanley’s crew by water. Gen said that Kohaku is always ready to get involved in Battle.

Hyoga said that if they fight it will be their death while Dr. Senku said that their goal is Diplomacy. He took the communicator and calls Xeno’s henchman who is not even aware of what is happening. Senku reveals the stone revival fluid recipe which is alcohol plus nitric acid which makes Nital. He said everything while laughing and Xene is still shocked and Senku’s crew raise the corn flag while leaving saying that they will bring million people. Corn City has been fonded and Xeno is under Senku’s custody.