Ghost Rider 3: Will There Be Another Movie?

Ghost Rider 3: Will There Be Another Movie?

Ghost Rider was released back in 2007 and it was really fun. Nicolas Cage did a good job with his acting in the movie. The movie was based on a character with a goaming skull. The movie was pretty successful financially, so a sequel was confirmed. In 2008, movies such as Iron Man and The Dark Knight were released and they started to show that the comic book-based movies are undergoing a change.

At a point, it seemed that Ghost Rider: Spirit Of Vengeance would be an improvement. The sequel was better than the original movie, but it wasn’t up to the standards that had been set by the other comic book movies. The original Ghost Rider performed well but, the movie received a lot of critical reception. The follow-up movie was worse as it had a lower budget and there was a huge retcon. 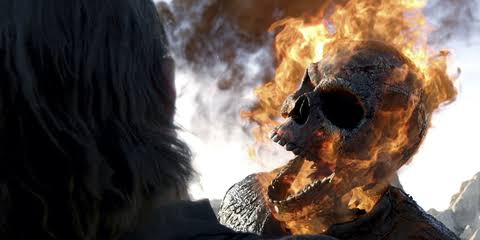 With the sequel doing worse than the original movie, another part seems very unlikely. The movie will need proper investment and a much better story in order to appeal to the fans. With one failure already, it seems very unlikely that the franchise would be given another go. So, there is very little chance that we will ever get Ghost Rider 3.

However, we have seen strange things happening, so it is not really unbelievable if the series is greenlit for another movie. Currently, as it stands the is no talk about Ghost Rider 3 being developed.